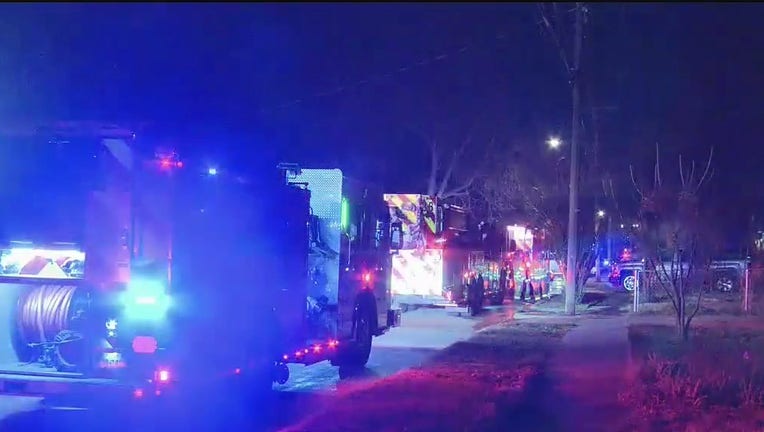 Dallas-Fire Rescue said when they arrived at the 1400 block of Briar Cliff Road, they observed heavy fire from the side of the house.

Due to reports of a woman in her 70s still being in the building, a second alarm was transmitted.

Firefighters went inside the house to look for the woman and found her burned body on the bedroom floor. She was pronounced dead at the scene.

The public information officer with Dallas-Fire Rescue said there were reports that a neighbor attempted to go inside the house to rescue the woman, but had withdrawn due to the fire conditions and partial collapse of the roof over the area.

The woman’s daughter was also in the house when the fire began, but was able to make it out safely before firefighters arrived at the scene.

Fire investigators said they believe the fire began in the bedroom and spread into the attic space before firefighters were able to knock it down.

The cause of the fire has been listed as undetermined, pending a final ruling from the Dallas County Medical Examiner on the victim's cause of death.