TAMPA, Fla. - A Tampa doughnut shop worker accused of punching and killing a customer for using a racial slur against him will spend two years on house arrest after pleading guilty to felony battery.

Pujols had initially been charged with aggravated manslaughter following the May 5, 2021 incident that took place at the Dunkin' location at 410 South 50 Street in Tampa.

Investigators said the victim, 77-year-old Vonelle Cook, had gone through the drive-thru and was angry about the lack of service. He then parked his car and walked into the restaurant, yelling about customer service.

Employees said Cook was a frequent customer and described him as "regularly troublesome and abusive," a release from the State Attorney's Office noted.

When Cook walked into the restaurant on May 5, 2021, prosecutors said he was aggressive and verbally abusive toward employees and Pujols. 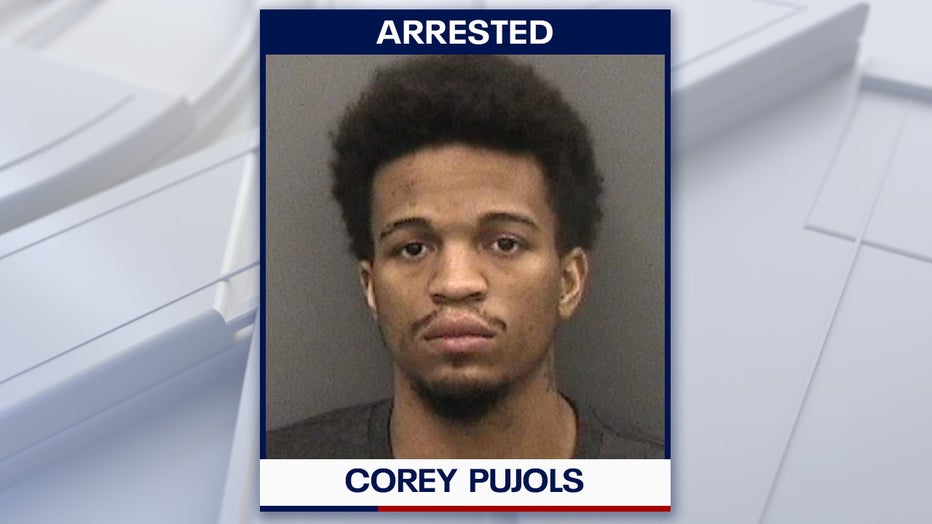 When Pujols, who is Black, asked Cook to leave, police said Cook called him the "N" word.

Pujols told Cook not to call him the racial slur again. When Cook did, Pujols punched him in the jaw, knocking the man out and causing him to fall and hit his head on the floor.

Tampa Fire Rescue responded and transported Cook to the hospital, where he died three days later.

Prosecutors accepted a plea deal from Pujols, who agreed to change his plea to guilty for the lesser charge of felony battery in exchange for a more lenient sentence.

"This outcome holds the defendant accountable while taking into account the totality of the circumstances—the aggressive approach and despicable racial slur used by the victim, along with the defendant’s age, lack of criminal record, and lack of intent to cause the victim’s death," said Grayson Kamm, a spokesperson for the Hillsborough State Attorney's Office in a statement to FOX 13.

Prosecutors said it was important that there were consequences for Pujols' actions, but did take into account Cook's abusive behavior, "very troublesome criminal history" and prison time, which they said made him an "unsympathetic victim."

Court records show that Cook was a registered sex offender.

According to an autopsy, Cook suffered a skull fracture and brain contusions from the fall.

Darrin Johnson, an attorney for Pujols, declined to comment after the hearing.