DPD has linked dozens of overdose deaths to the illicit substance that they're finding laced in other pills. According to the DEA, it only takes two milligrams to make a fatal dose of fentanyl. So far this year, Dallas police seized nearly 4,000 grams.

DALLAS - The Dallas police chief says in the past year that his officers seized enough fentanyl to potentially kill thousands of people.

DPD has linked dozens of overdose deaths to the illicit substance that they're finding laced in other pills.

Monday, police gave an update about the impact of the drug in Dallas at the request of the Public Safety Committee. 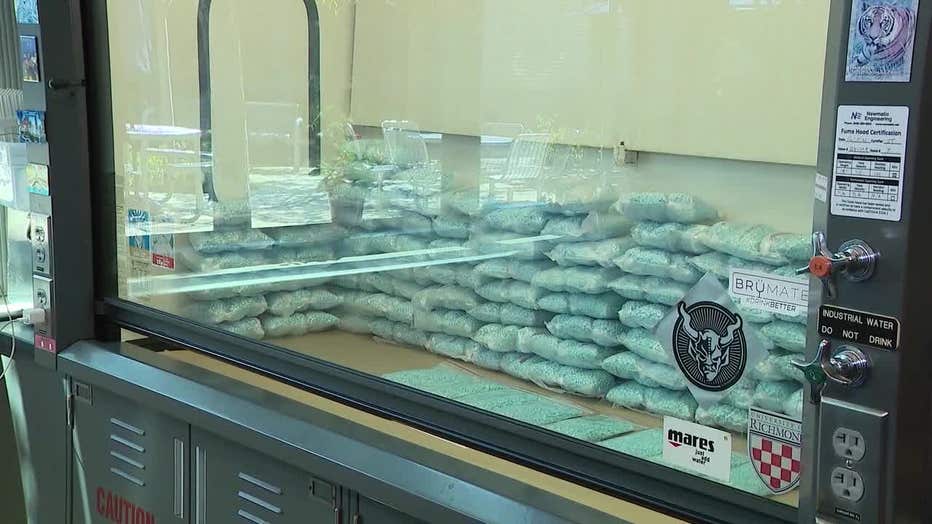 There are now two detectives in the division investigating these types of overdoses.

According to the DEA, it only takes two milligrams to make a fatal dose of fentanyl.

Dallas Police Major Devon Palk says the majority of fentanyl they’re seeing is actually laced with other drugs and sold as something else, usually in the form of a blue pill.

Police say what they need right now are more resources.

Assistant Chief Michael Igo says that starts with making sure every officer is equipped with a lifesaving drug called Narcan.

"Where could we best invest the city’s dollars to walk the walk?" asked Councilmember Adam Bazaldua.

"Twenty-to-life for killing someone by dealing them fentanyl. That’s one of the ways we are going to combat this," Palk said

But Major Palk acknowledged there’s only so much police can do on the enforcement side. He pointed toward public service announcements and education campaigns to make sure people understand how dangerous the drug can be.

"We need public health, we need our schools, all levels, its parents, teachers, coaches, everybody," he said.

City staff told council members there are things in the works that could speed up the process to get all officers Narcan, but a date was not set.