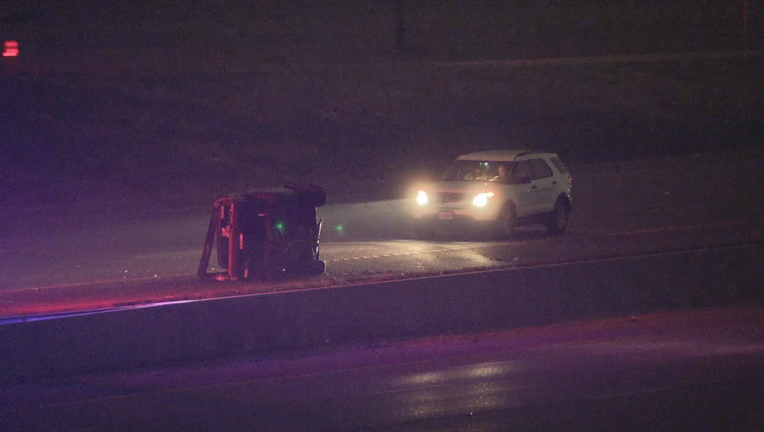 ARLINGTON, Texas - A driver died in a rollover crash on I-20 in Arlington Friday night.

Police said the crash happened just after 10 p.m., in the eastbound lanes of I-20.

Investigators found that the driver of a pickup lost control and crashed into the concrete barrier. That caused the pickup to roll over.

The driver, who police said was not wearing a seat belt, was ejected, and pronounced dead at the scene.

There were no other people inside the vehicle at the time of the crash.

Investigators said they have not ruled out weather conditions as the cause of the crash, as there was a light mist at the time. The cause is continuing to be investigated.