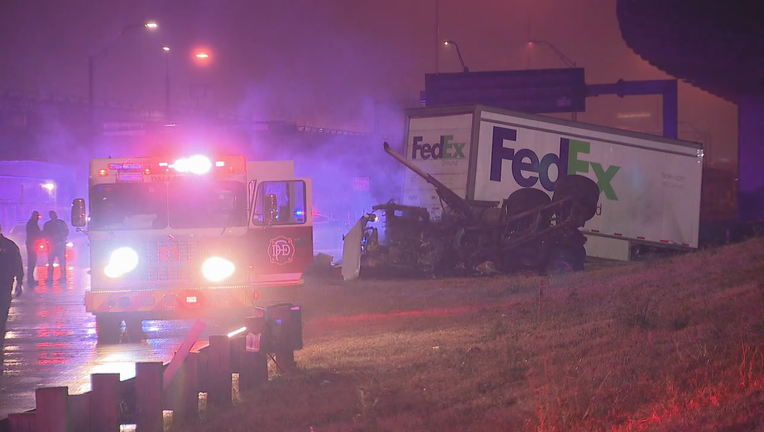 Dallas police said the driver was going north on Highway 345, near Live Oak and Cesar Chavez Boulevard, when they lost control, veered off the roadway, and landed on the street below.

The cabin of the semi caught fire, and the driver was pronounced dead at the scene.

Dallas Fire-Rescue said they were able to contain the fire, leaving the trailer of the truck undamaged.

Both Cesar Chavez Blvd. and one lane of Highway 345 were closed for a time as part of the investigation.