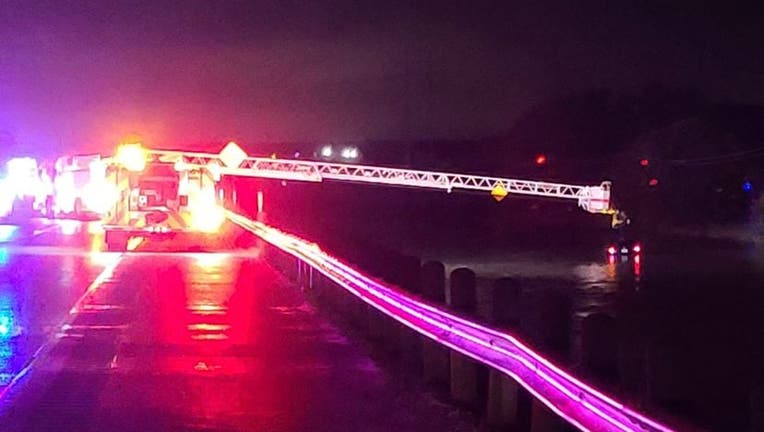 PALMER, Texas - A 67-year-old man died after his vehicle was swept away by swift floodwaters in the Ellis County city of Palmer.

Police were called out just before 9 p.m. Saturday about a man, woman, and infant trapped in swift floodwaters just south of the 258-mile marker on the I-45 service road.

They were on their vehicle’s roof waiting for help.

Palmer police and Ennis Fire Rescue T191 were able to get the family to safety.

During that rescue, police got a call just before 9:30 p.m. that another vehicle tried to drive through the water and was swept away by the current.

The vehicle was swept away very quickly. Crews were able to find it, but it was fully submerged underwater.

Authorities tried to pull out anyone who was inside, but the current was too strong.

They had to wait for the water to dissipate before they reach the vehicle.

The Midlothian Police Department later assisted with a drone and the Red Oak Fire Department provided a swift water boat.

The driver of the vehicle, identified as a 67-year-old Red Oak man, was found dead when crews reached the vehicle.