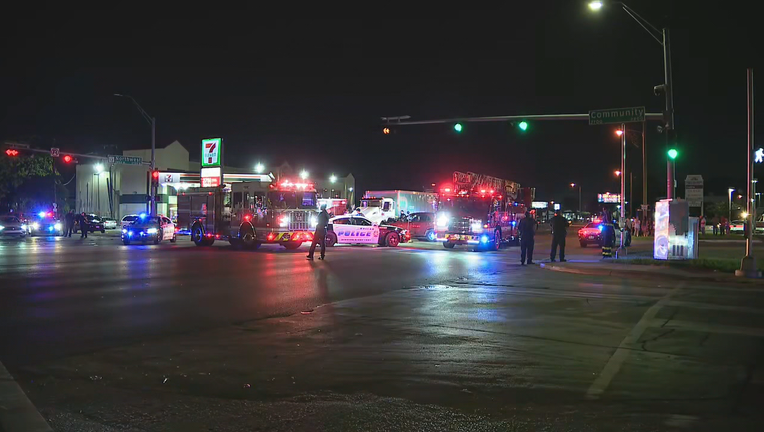 DALLAS - Dallas police said a suspected drunken driver has been charged after he struck and killed a pedestrian in Northwest Dallas Friday night.

Investigators said the man was driving on Northwest Highway, near Community Drive, when he lost control of his SUV and struck the pedestrian, before slamming into a box truck sitting at the intersection.

The pedestrian, who has not yet been identified, died at the scene.

The driver, whose name has not yet been released, was taken to a hospital to be evaluated, before being charged with intoxication manslaughter.