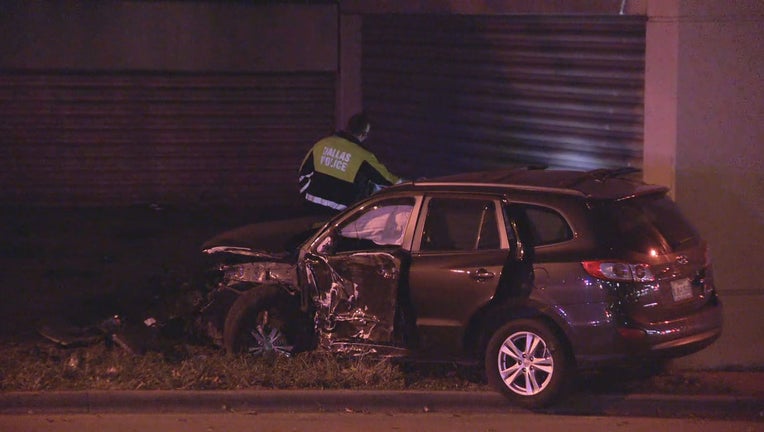 DALLAS - A woman was charged with intoxication manslaughter after her passenger died in a Dallas crash on Thanksgiving.

The crash happened Thursday around 12:20 a.m.

Dallas police say a 27-year-old woman was traveling south on the North Central Expressway service road when she lost control and hit a light pole.

Police say the woman then hit a concrete wall on the east side of the service road.

The woman’s passenger, 33-year-old Stephania Ruiz, was pronounced dead at the scene.

The driver was taken to the hospital with injuries. She was found to be under the influence of alcohol.

The woman was arrested and charged with intoxication manslaughter. Her name has not been released.