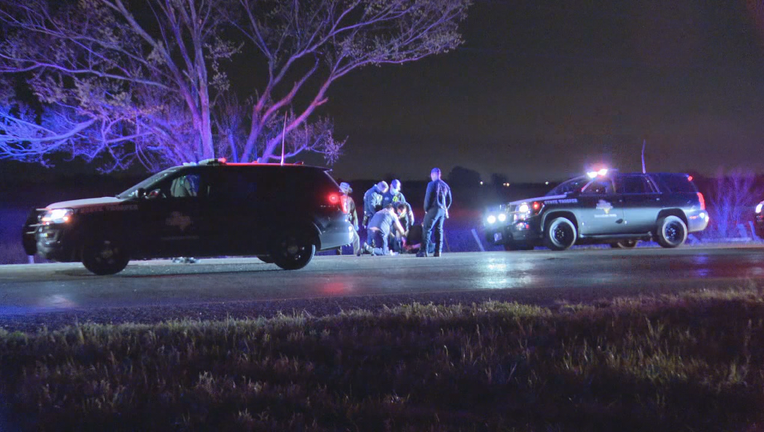 DENTON, Texas - A man is in the Denton County jail after leading state troopers and other law enforcement officers on a high-speed chase that covered more than a 100 miles late Friday night.

The chase started at 11 p.m. in Hill County, when the driver of a pickup truck refused to stop.

Troopers said the driver, who has not yet been identified, drove erratically as speeds hit 100 miles per hour.

The chase went through Arlington, Grand Prairie, Dallas, before ending in Denton, after county sheriff's deputies disabled the truck's tries with spike strips on the frontage road for I-35.

The driver was treated for minor injuries and then taken to jail.

DPS initially tried to stop the driver because he is a suspect in a hit-and-run.