At a dedication ceremony in Dallas, descendants of a former slave took part in a tribute to Dr. Marcellus Clayton Cooper's lasting legacy.

DALLAS - A former slave from Texas is being honored for being a trailblazer.

At a dedication ceremony at Communities Foundation of Texas in Dallas, descendants of a former Texas slave took part in a tribute to his lasting legacy.

Dr. Cooper was born enslaved on the Caruth Farm in Dallas in 1862.

On Wednesday, a historical marker was unveiled outside what is now known as the Caruth homeplace, where Cooper spent the early part of his childhood. 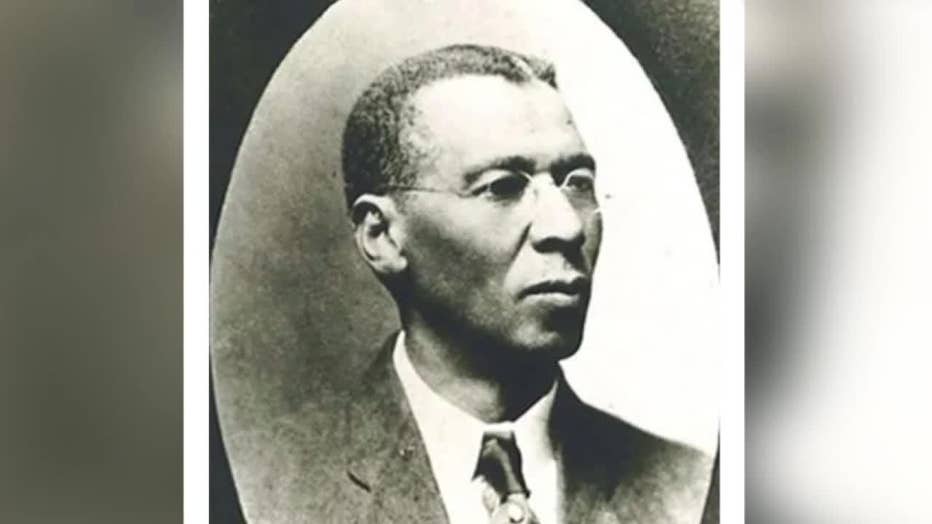 "To be honest, I never knew exactly where the plantation was," said Lewis Rhone, who is Cooper's oldest living grandson.

Rhone said Cooper's home, located off Villars Street, is still standing. All the neighbors knew of him.

"There were people who said they could set their clocks by him walking. They knew exactly what time he would walk by the house," Rhone said.

Cooper's life after emancipation was remarkable.

He saved up money for college by working as an elevator operator at Sanger Brothers.

He later became the first licensed Black dentist in the state of Texas.

His grandson finds that fitting.

"His clientele, there was no barriers," Rhone said.

RELATED: Texas ranked 2nd most diverse state in America, according to study

The city of Dallas is honoring a man who led a pretty remarkable life. Dr. Marcellus Cooper was born enslaved of the Caruth farm in Dallas in 1862. He later became the state's first licensed black dentist and founded the state's first black-owned bank.

The organization's chief diversity, equity, and inclusion officer said it continues to accelerate the work Caruth Jr. began by funding big ideas, like Cooper's historical marker, that have the potential for transformative impact.

"We're striving for a community where everyone has equitable opportunities," Reo Pruiett said.

Equity was important to Cooper, who also co-founded Dallas' first Black bank. It closed during the depression.

"They didn't have the FDIC at the time, so he had to sell some of his assets," Rhone explained.

Generations later, the Cooper family still has its rooted firmly planted in Dallas.

Within its first year, the Dr. M.C. Cooper Dental Clinic had more than 1,800 patient visits, and that number doubled in 2022.

His legacy certainly lives on.