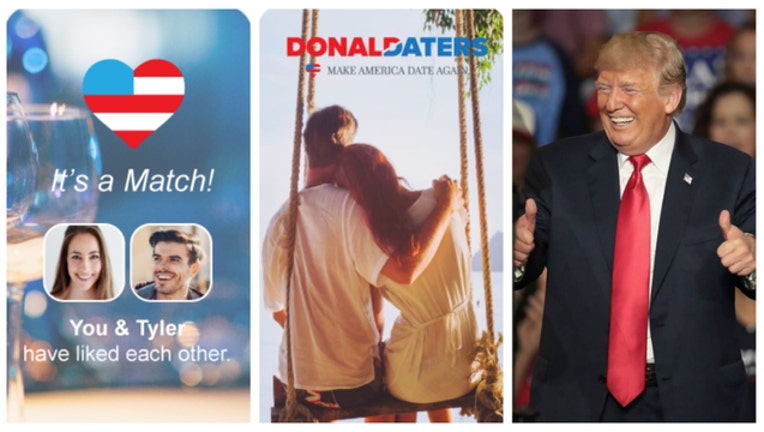 FOX NEWS - Dating as a supporter of President Donald Trump can apparently be challenging.

Conservatives may encounter messages like "Trump supporters, swipe left" on Tinder and "If you voted for Trump, don't waste my time" on other popular dating apps. A 2016 survey from Tinder found that 71 percent of online daters consider political differences to be a dealbreaker.

Enter Donald Daters, a new dating app that launched Monday for Apple and Android devices with the mission of helping Trump supporters meet and mingle on a platform free of any liberal backlash.

"For many young Trump supporters, liberal intolerance has made meeting and dating nearly impossible. Support for the president has become a dealbreaker instead of an icebreaker. That's why we created a new platform for Trump supporters to meet people without being afraid of talking politics," said Emily Moreno, CEO of Donald Daters, in a statement.

The app, which is similar to other dating apps like OKCupid and Tinder, gives users a new set of matches each day based on various preferences that they can preset.

Users can chat for free when a match is mutual, block any potential liberals that troll them and Donald Daters is open to everyone.