Three-year-old black lab Mocha nearly died from a blastomycosis infection after likely inhaling a fungus from the soil around his home.

Life changed in a matter of weeks for an Illinois family now doing all they can to save their four-legged loved one.

Three-year-old Mocha nearly died from a blastomycosis infection after he likely inhaled a fungus living in soil around his home.

Doctors ultimately removed his right lung that was overcome by the infection, but the cost set the Garden Prairie family back nearly $11,000 in medical expenses. It was an unexpected and enormous expense, but Michael Lee and his wife knew Mocha had the will to live and their two young children adored him. 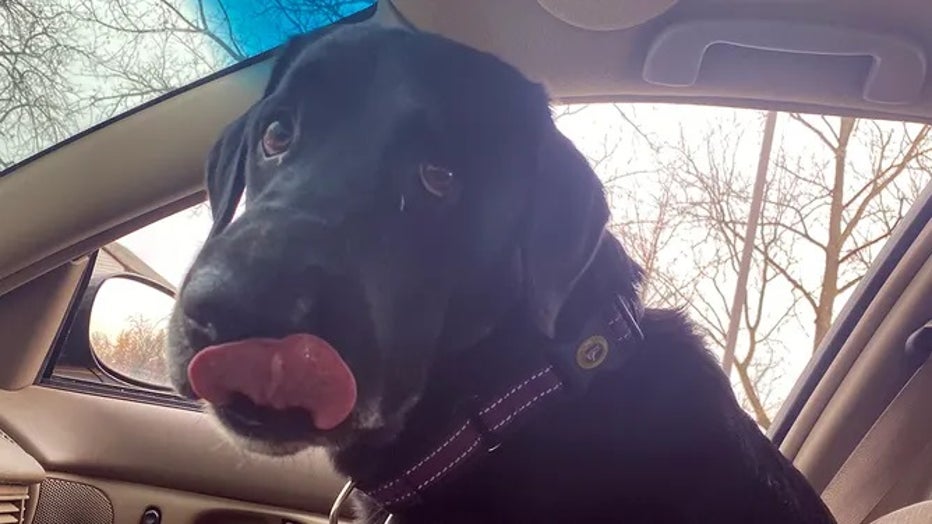 Mocha was a strong and healthy 105-pound black lab 4 weeks ago. His symptoms were very vague at first, but after losing weight for a couple of weeks in a row, the Lees decided to bring him to a vet.(Michael Lee)

It was three years and nine months ago that the 4-week-old black lab warmed the hearts of the Lee family for the first time. The family of three at the time brought their 1-year-old daughter with them to pick out the newest addition.

"We all wanted a dog," Lee said. "It was our first family dog. He grew up real fast, real healthy."

KEEPING PETS SAFE: HOW MUCH ICE MELT IS TOXIC TO DOGS? 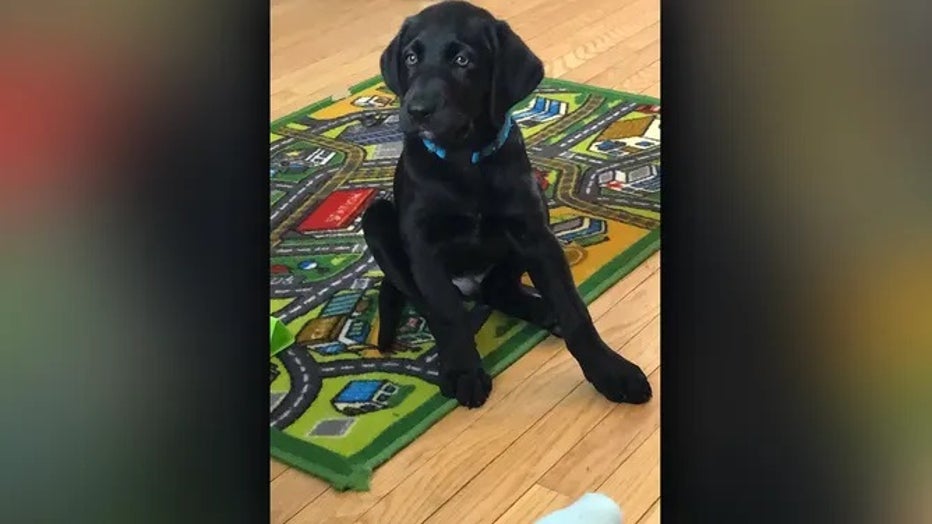 Four-week-old Mocha warmed the hearts of the Lee family for the first time nearly four years ago. (Michael Lee)

Turn for the worse

Mocha reached 105 pounds at his peak about six weeks ago. However, the Lees noticed he was acting a little lethargic. Two weeks had past, and Mocha‘s symptoms were still lingering. The family feared it was something more serious than a cold, so they decided to take him to the vet.

Doctors found he had an elevated white blood cell count and sent Mocha home on some antibiotics.

"They did seem to help a little bit, which gave us a little hope," Lee said. "But after stopping the antibiotics, he took a turn for the worse right away."

Mocha’s heart rate rose to 55 beats per minute which prompted the family to rush him to an emergency clinic in Bannockburn, Illinois. From there they drove two hours to Madison, Wisconsin, where Mocha underwent an emergency surgery. 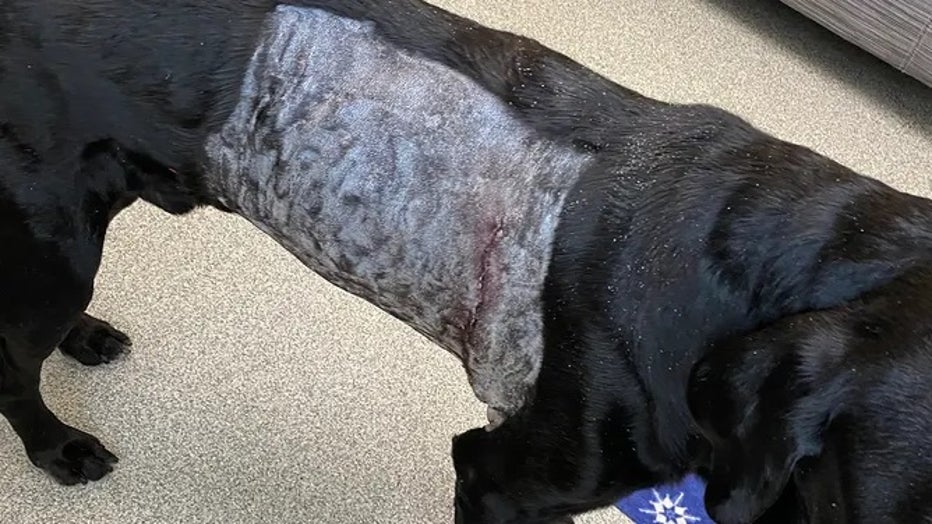 After many exams by many experts and waiting for the test to come back, Mocha was in an emergency state, breathing heavily. The Lees had to bring him in for emergency surgery in which doctors removed his right lung that was overcome by the fungal inf

No price tag for love

The Lees had to make a life-changing decision when doctors gave them the estimate for the surgery.

"Were we going to be able to get a loan big enough to cover this to save our dog? Or are we going to have to euthanize him?" Lee questioned.

The family said through the luck of God, they were able to get a loan large enough to cover the medical expenses, which put the family in a tight predicament right before Christmas with two little girls.

"It's a hard decision, but the girls loved the dog," Lee said. "And you could see in his eyes that he wanted to stay with us. So, we had to do it."

The Lees felt they couldn't replace a life with any amount of money, especially their family bond with Mocha.

After a week of recovery, Mocha is taking about ten different medicines -- half of those need to be administered twice a day. The family has established a GoFundMe account to help cover the costs of Mocha's medical expenses.

The family said every day is dedicated to make sure Mocha recovers. His breath is back down to about a healthy 15 beats per minute. Doctors say he will stay on antifungal medication for the next six months.

HIDDEN DANGERS THAT COULD BE DEADLY TO YOUR PETS 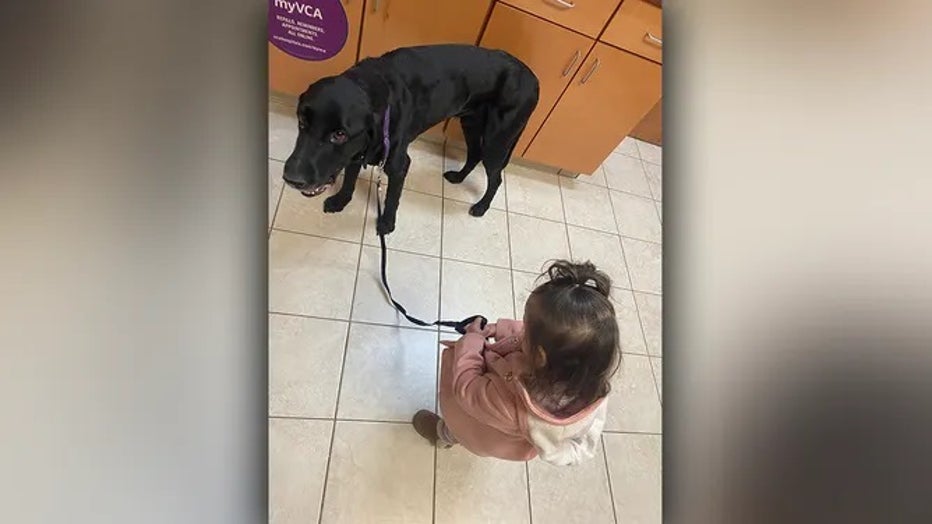 The medical procedure was a huge unexpected expense to the family, but they said they knew Mocha had the will to live and their kids adore him. (Michael Lee)

Can humans get blastomycosis?

The Lees now hope to educate as many people as possible about the fungus lurking in the environment, particularly in moist soil and in decomposing matter such as wood and leaves. They hope their experience can help limit the chances of it happening to anyone else.

In the United States, the fungus mainly lives in the Midwestern, south-central and southeastern states, particularly in areas surrounding the Ohio and Mississippi River valleys, the Great Lakes, and the Saint Lawrence River, according to the Centers for Disease Control and Prevention.

People can also get blastomycosis after breathing in the microscopic fungal spores from the air. Although most people who breathe in the spores don’t get sick, the CDC said some will develop symptoms like fever and cough, and the infection can sometimes become serious if it is not treated.

"If you have soil in your yard, if you have an area where you think your dog could get a fungal infection, meaning where there are leaves, there are sticks, there are big piles of dirt, I would keep the dogs away," Lee warned.

Most importantly, Lee adds, if you notice anything out of the ordinary and you are just not sure why, get a blastomycosis test.

"That's the first thing I would start with," he said. "Because it's the deadliest."