DETROIT (FOX 2) - Gilbert Lee Poole Jr. has been in prison after he was wrongfully convicted of a murder in 1989, but he was released and exonerated after his sentence was vacated thanks to advancements in DNA technology and work by the state attorney general's Conviction Integrity unit.

Poole was accused of stabbing Robert Mejia to death in Pontiac on June 7, 1988. Mejia was last seen leaving a bar, and witnesses had provided a description of the person he was with to police. Composite sketches of the man were published in a newspaper, but there were no leads until the fall.

After 33 years in prison for murder he didn't commit, man exonerated by state AG unit

A huge step forward for exonerations in Michigan and the United States - the Michigan attorney general’s Conviction Integrity Unit announced its first exoneration which is also a first of its kind in the nation. Gilbert Lee Poole Jr. is a free man.

"Just walking out the front door is not the end of this process, this continues now I've got to figure out how to navigate a world I haven’t seen in 33 years."

In November 1988, Poole's then-girlfriend said he committed the crime. An expert testified that Poole's bite matched a bite mark found on Mejia, and he was sentenced to life in prison on June 22, 1989.

After his conviction, bite mark analysis has been scientifically and legally discredited because it is considered unreliable. Also, DNA testing has gotten more advanced since Poole was accused of murder.

According to Michigan Attorney General Dana Nessel, post-conviction DNA testing was conducted on crime scene evidence, including bloodstains on and around Mejia. The DNA did not match Poole’s DNA nor Mejia's DNA, and it is unknown who the DNA belongs to.

This finding led the AG's Conviction Integrity Unit (CIU) to conduct a full investigation into the case. With the help of the Western Michigan University Cooley Law School Innocence Project, it was determined that Poole was wrongfully convicted and did not commit the crime.

"Mr. Poole’s conviction was based on unreliable evidence, including bite mark comparison which is not based in science," said Poole’s Cooley Innocence Project attorney Marla Mitchell-Cichon.

Mitchell-Cichon was the one who asked the AG's CIU to review the case and spent 18 years fighting to get him released from jail.

"The short answer to what went wrong in this case is everything," said Mitchell-Cichon. "Someone failed to do their job and when you fail to do your job as someone’s attorney, there’s nothing to challenge because it’s up to you as the defense attorney to put those kinds of things on the record."

A grant from the Department of Justice in 2019 allowed the AG's office to partner with the Cooley Innocence Project to investigate cases where a person may be innocent and conduct DNA testing. The Cooley Innocence Project also received a grant from the DOJ to partner with the AG's office to review cases in which unreliable forensics played a role in the conviction. 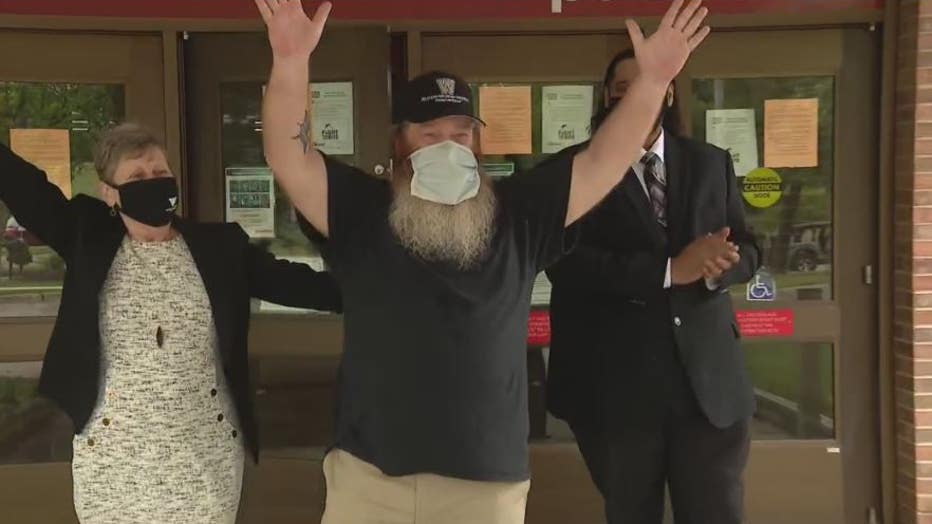 Gilbert Poole Jr. celebrates walking out as a free man.

After walking free and being greeted by loved ones and supporters, Poole enjoyed bite of pizza and a trip to the produce section. It’s the little things Poole is looking forward to now after spending more than three decades locked up.

"I have never seen a cell phone in my life until today - I still haven't touched one," Poole said.

He spoke about his family and of time he will never get back.

Also waiting to greet him was Kenneth Nixon, who had his murder conviction thrown out.

"I can't help but think about the people I left standing in there." Poole said to Nixon.

"Why do you think I am standing here right now? Because I stood every day for the last three months waiting on the next guy to show up," Nixon said.

Nixon said Poole is not alone.

Last year, Michigan had the second-highest number of wrongful conviction exonerations in the United States. Twenty people were freed.

"If we are going to ask the court to vacate a sentence and to exonerate a person that we are 100 percent sure that that person is innocent of the crime of which they’ve been convicted, and in Mr. Poole’s case I can say that was absolutely true," Attorney General Dana Nessel said.

Nessel says this is the first exoneration from a state-wide conviction integrity unit in the country. 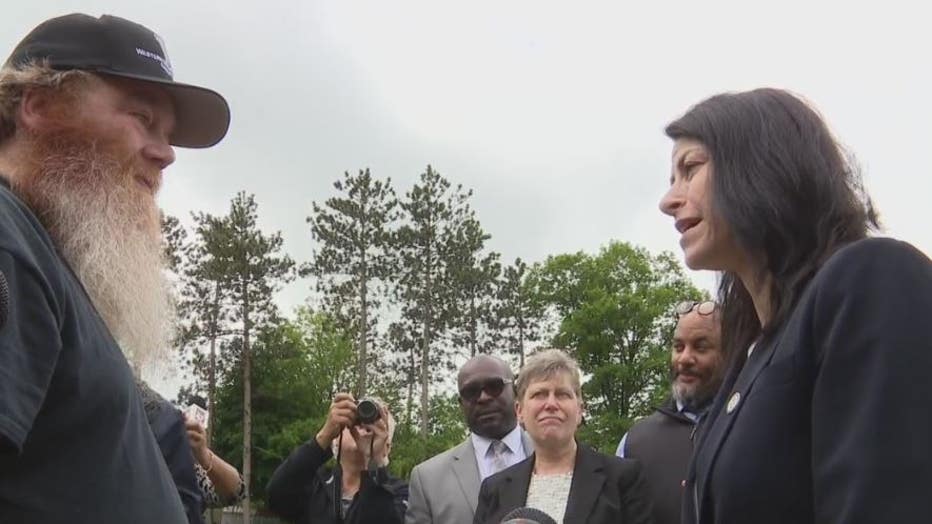 Under Michigan’s Wrongful Imprisonment Compensation Act, people who were wrongfully incarcerated can file to receive money from the state. They are also eligible for up to a year of reentry housing and two years of other supportive services, including job placement assistance, job training, transportation assistance, work clothing or tools, and vital documents assistance, through the Michigan Department of Corrections Offender Success Program.