DFW International Airport, which creates jobs for tens of thousands of North Texans, says more people are traveling. However, the airport's CEO expects travel to drop again after Labor Day.

However, the airport's CEO expects travel to drop again after Labor Day. That means expansion projects that were planned are now on hold.

The CEO of DFW International said while people returned to air travel for summer vacations, they expect business travel will remain at a virtual standstill for perhaps years to come.

In stark contrast to the record-setting pace of travel last year, DFW Airport is now suspending plans for its $3 billion Terminal F.

"To be spending a lot of money right now not knowing the pace of the recovery of all of America's plans, we thought the right thing to do was to suspend that.," said DFW Airport CEO Sean Donohue. 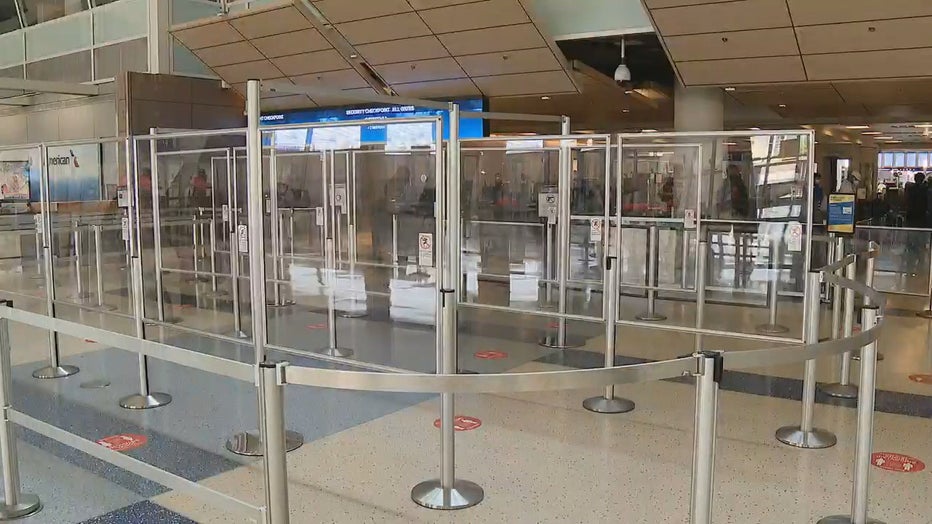 The airport has deployed what it calls a strike team that is 165 employees strong to increase cleaning throughout the airport. It also has virtual assistants, real people working from home, to answer traveler's questions.

Before the pandemic, a record 200,000 people were flying out of DFW every day. That plummeted to 12,500 people in April.

The numbers are improving, but Donohue told the Dallas City Council that travel is still about half of what it was before the pandemic.

“According to that research firm, in July we were the busiest in the world,” he said. “We’re not celebrating that, but we’re glad traffic is coming back.”

But as the summer leisure travel season comes to a close, the airport projects another drop.

“We are not going to see business travel return post Labor Day,” Donohue said. “We've spoken with local businesses and large national companies. Business traffic is not coming back anywhere near what we would expect.”

Donohue said the airport has still been able to balance its budget without layoffs or furloughs thanks to funding from the CARE Act.