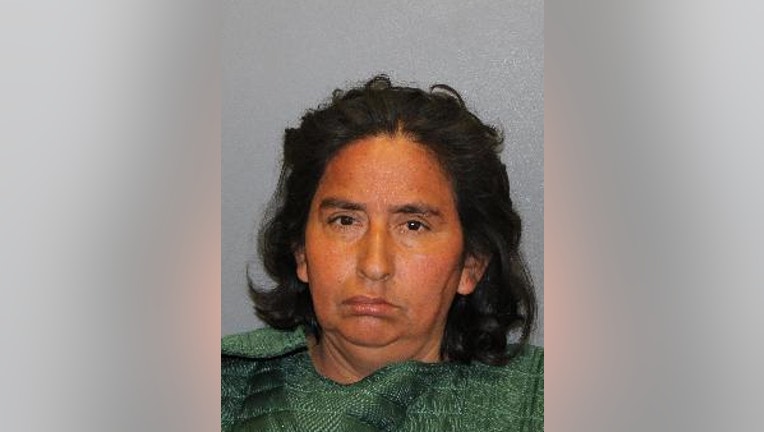 DENTON, Texas - A Denton woman has been charged with murder after her husband drowned on Tuesday.

Just before 3 p.m. on Tuesday, a 911 caller reported seeing a woman holding a possibly deceased man in a creek between Shady Oaks Drive and Spencer Road.

Dora Alvarez Maldonado first told officers that a man she did not know was involved in her husband's drowning.

Police say the 44-year-old later told officers that she made up the story, and she was the one who drowned her husband.

Maldonado was arrested on Tuesday night.