The city of Denton will let voters decide whether they want to decriminalize marijuana in the city. If the measure passes in November, police officers won't ticket people for having small amounts of marijuana in certain cases. Also, police won't be able to search someone just because they smell marijuana.

DENTON, Texas - The city of Denton will let voters decide whether they want to decriminalize marijuana in the city.

If the measure passes in November, police officers won't ticket people for having small amounts of marijuana in certain cases. Also, police won't be able to search someone just because they smell marijuana.

Marijuana is federally illegal and in the state of Texas. But cities in Texas with more than 5,000 residents have the ability to operate under their own city charters.

Marijuana possession of under two ounces might become decriminalized in the city of Denton. 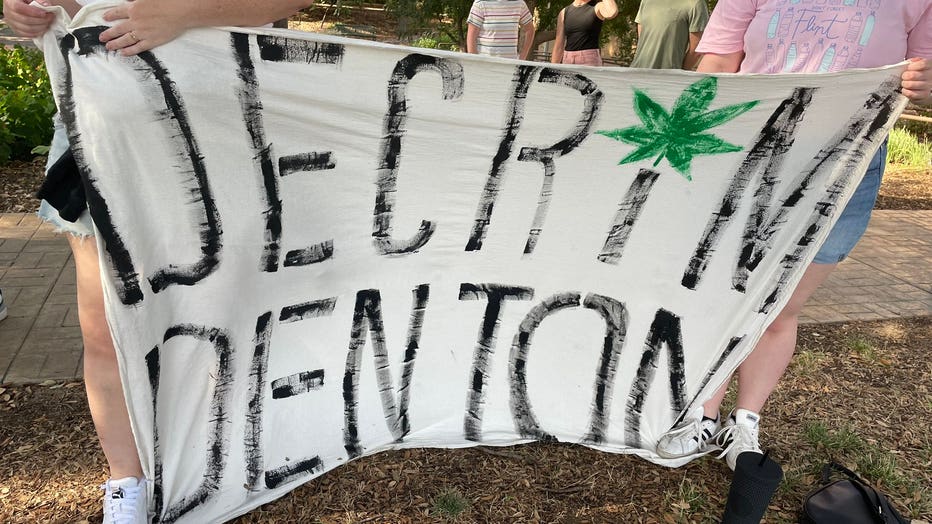 Nick Stevens has been leading the charge.

"I’m a business owner. I have a master’s degree. I’ve used cannabis," he said.

Stevens collected enough signatures on a petition to get it on the ballot this fall.

City council could have gone ahead approved it on its own on Tuesday, but it’ll instead let voters decide.

Back in May, Austin became the first Texas city to approve a local ballot measure to decriminalize marijuana possession. Some in Denton hope to follow suit.

Some cities like Dallas have taken a looser approach.

Last year, Dallas Police Chief Eddie Garcia announced in a memo to city council that his officers will no longer charge people for possession of marijuana under two ounces — with some exceptions. Still, there’s no official ordinance like the one some people in Denton want.

The Denton Police Department is declining to comment with FOX 4 on possible decriminalization.

However, Assistant Chief Bobby Smith answered questions about enforcement from the mayor.

"Then, you’d have to follow the ordinance," he said.

Mayor Gerard Hudspeth says he’s in favor of letting voters decide, but he has concern.

"It’s going to cause confusion, and that’s my concern," he said.

The district attorney’s office tells FOX 4: "What I can say is that we will continue to prosecute any viable case that a [police department] chooses to bring us."

"We have limited resources as a city, and one of the things that we should not be doing is locking people up for taking a substance that is safer than alcohol or pharmaceutical drugs," Stevens said.

Stevens believes the debate impacts all types of people in Denton and across the country.

One council member expressed concern that while they have the ability to decriminalize marijuana, he fears Denton could potentially be sued by the state for doing so.