Denton County opened up its waitlist to teachers and educators, and about 13,000 people on the waitlist identified themselves in those professions.

DENTON, Texas - Denton County opened up its waitlist to teachers and educators, and about 13,000 people on the waitlist identified themselves in those professions.

Friday, it's reserving time at Texas Motor Speedway to give thousands of educators their shots.

Denton County is starting with some of the most vulnerable teachers and school staff with underlying conditions who are part of the 1B group.

They’re hosting teacher vaccination clinics after school hours on Fridays to make it easier for educators to get their vaccine. 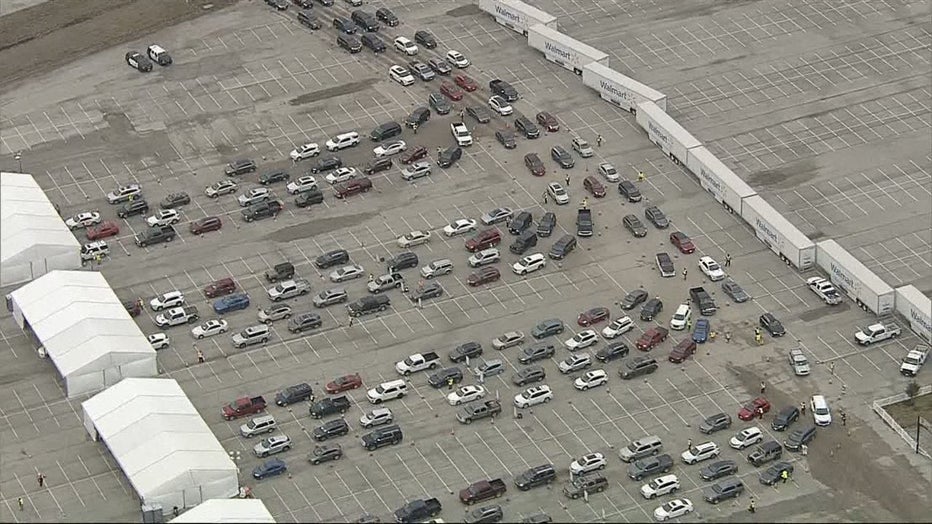 With just over a month in operation, Denton County’s mass vaccination site has already topped 115,000 vaccines distributed. The county is quickly working its way through a waitlist of about 300,000 signed up for the vaccine. The success of the site has already reached the White House.

"They asked for our operational plans, our footprint and also our drone footage and our aerial photographs," said Denton County Judge Andy Eads. "We quickly sent that to the White House and they’re modeling their sites across America after the successful footprint we’ve had."

Now, the county is working towards vaccinating teachers and school staff. The county says as soon as Gov. Abbott announced educators would be eligible for the vaccine, they immediately started making plans.

"That very same day, we modified our online portal and added that as an option so people could opt-in. Over 10,000 teachers enrolled just overnight," Eads said.

County officials also met with area superintendents to get input.

"We planned and modeled this clinic for teachers to be after school on a Friday so it would not disrupt the school day," Eads said. "People do react differently, and some people need that next day to recover and we appreciate that. That’s why we plan these teacher clinics so it would minimize the impact of schools."

Aiming to vaccinate 3,500 educators and school staff this Friday, that’s about ten percent of this week’s vaccine allocation to the county site.

"The last calendar year, it’s been really tough on our teachers," Eads said. "It’s been tough on our kids as there’s been disruptions to the teaching and academic model."

"We are moving through the list between people getting vaccinated or people canceling, and so we’re moving quite fast through that list," Eads said.

If you’re on Denton County’s waitlist, you should’ve received a prompt via text or email asking if you qualify as an educator. The county is asking you to respond to that to be prioritized for the vaccine.

The county has also put in a request to receive doses of the new Johnson & Johnson vaccine, which will increase distribution supply and ability to vaccinate more people.