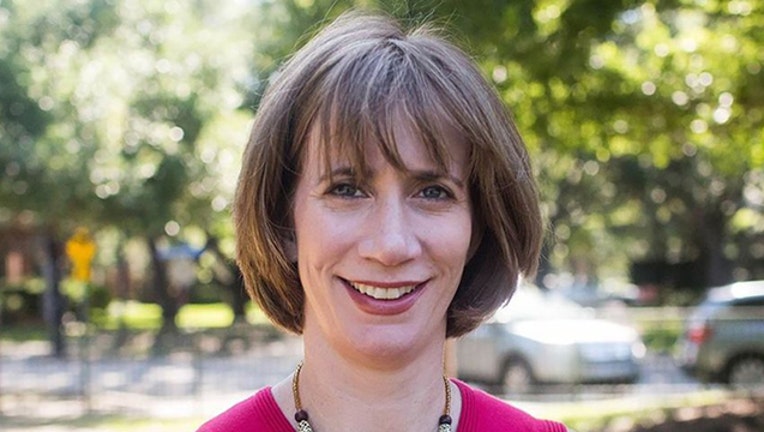 AUSTIN, Texas (AP) - Democrats are salivating at the prospect of flipping a wealthy Houston enclave that has been solidly Republican since sending George H.W. Bush to Congress in 1967 - the kind of race they'll have to win for any hope of retaking the House in the November midterms.

But their new opportunities, here and in other states, sometimes have them going after each other instead of the Republicans, and that could spoil their chances. Aside from the normal conflicts of ambition and personality, there's a more significant Democratic rift lingering from the 2016 presidential primary between the party's Bernie Sanders progressive wing and its Hillary Clinton establishment.

The tensions clouding the upcoming runoff between the party's top two candidates in the Houston district - corporate attorney Lizzie Pannill Fletcher and activist Laura Moser - could shadow other House races nationwide. Party leaders believe frustration with President Donald Trump, coupled with a surge of energized female candidates, could spell a banner midterm election season. But with so many Democratic candidates in so many districts, party power brokers may try and tip the scales, sometimes with clumsy results.

In Houston, Moser advanced to the May 22 runoff despite opposition from the Democratic Congressional Campaign Committee. The national campaign group published an opposition research memo calling her "a Washington insider who begrudgingly moved to Texas to run for Congress" and targeted her for once joking that she'd rather have "my teeth pulled out without anesthesia" than live in small-town Texas.

Such tactics go beyond the 2016 fallout to the kind of negative campaigning that is why "so many people are disgusted with politics," Sanders said in an interview with The Associated Press.

National Democrats say the problem in Houston isn't that Moser is too liberal. It's that she doesn't match the congressional district where the party has set its sights on picking up the seat that Republican John Culberson has held since 2001. Every seat is important as the Democrats try to win majority control in Washington.

Even though Moser is a Houston native, they worry her time in Washington and flip comment about Texas will become ready-made ads against her in a general election, and could make her unelectable. They don't want to miss their chance in a district that re-elected a Republican to Congress yet voted for Clinton over Trump in 2016 - one of 23 nationwide to do so.

Meredith Kelly, a spokeswoman for the DCCC, said the organization "has long recognized and appreciated the unprecedented influence that the grassroots have in these races. As we've indicated all cycle, the DCCC is keeping all options on the table to work with our allies and ensure that there's a competitive Democrat on the ballot for voters to elect in November."

But the move drew the ire of another wing of the same national party. Democratic National Chairman Tom Perez criticized the DCCC, pointing to lingering resentments against party leaders from Sanders' supporters still angry over the 2016 nominating process.

"When voters, whether it's Texas or elsewhere, perceive that someone from Washington, from the outside is trying to put their thumb on the scale, they don't take kindly to that," Perez said.

Still, he said he has no problem with House or Senate Democrats' campaign committees choosing favorites, adding that they should involve only "the high road" of boosting a preferred candidate.

Progressive groups point to more intraparty showdowns to come, including in Illinois, where moderate Democratic Rep. Daniel Lipinski, who is backed by Minority Leader Nancy Pelosi, faces a primary challenge from Our Revolution-endorsed Marie Newman in a safely Democratic district.

Other daunting races will be in California, particularly for two seats now held by Republicans that are coming open in Southern California districts where Clinton won. There are so many Democratic hopefuls that the party might have to choose front-runners to make sure one of them makes the general election. Under the state's unusual primary system, the top vote-getters face off, even if they are from the same party.

Former DCCC official Jesse Ferguson said when he was at the committee, "we would have begged to have even one candidate in some of these districts."

"Now we have multiple candidates and it's evidence of enthusiasm to take control of Congress away from Trump," said Ferguson, who went on to work for Clinton. "Ultimately, it may fuel some healthy internal debates and some awkward moments, but it's a fundamentally good problem to have."

Some activists see the 2018 primary contests as a continuation of the long-running progressives-versus-establishment conflict from a decade ago between former DCCC chairman Rahm Emanuel and then-Democratic National Committee head Howard Dean.

"The DCCC just has to stay out of these races," said Neil Sroka, spokesman for Democracy for America, the group founded by Dean. "Part of the reason why Democrats have been stuck in this cul-de-sac of loss over the past 10 years is we are not running the candidates who can inspire and turn out the new American majority that is essential to winning elections."

The party's opposition to Moser in Houston may have backfired, since it focused national attention and helped spike her fundraising. She produced an ad before Tuesday's Texas primary in which she talked about "rejecting the system where Washington party bosses tell us who to choose."

"Texans don't like being told what to do and I think that was the biggest miscalculation," Moser said by phone.

Pannill Fletcher is trying to focus on other issues in the race than the DCCC's action.

"My opponent is and has always been John Culberson," she told supporters at her victory party Tuesday night.

Voter Michelle Umengan, a pediatrician who cast her ballot for Moser, said the candidate's comments were "insensitive" but not a deal-breaker.

"It's definitely more offensive to have the DCCC spend time and money smearing one of their own," she said. "Moser was born and raised in Houston. I think her Houston upbringing is well balanced with the perspective of her worldly career. That's more important than any distaste she might have for small town living."