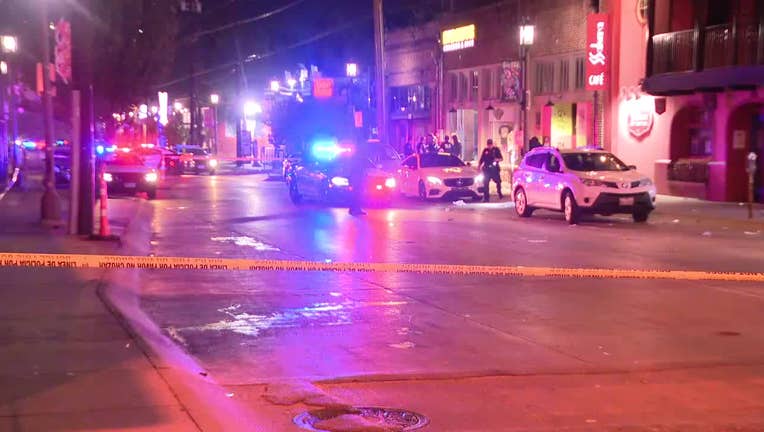 DALLAS - A 26-year-old man was killed and another man was taken to a hospital after a shooting in Deep Ellum early Sunday morning.

Officers working in the area found a man lying on the ground with a gunshot wound to the chest and another man around the corner who had been shot in the leg.

Both were taken to a local hospital. The man found on the ground, Ricky Burns, was pronounced dead.

The other victim was treated at the hospital.

Investigators found that Burns and another man were in an argument, when the suspect walked past Burns.

Police said both men tried to pull guns from their waistbands, and the suspect shot Burns and the other victim.

The suspect fled the scene before officers arrived on scene.

The investigation into this shooting is ongoing.