Study: Daytime naps may be good for heart health

The study concluded that those who took a daytime snooze once or twice a week had a 48 percent lower risk of suffering a heart attack, stroke or heart failure when compared to people who didn’t take any naps.

LAUSANNE, Switzerland - Go ahead, take a siesta. A daytime nap taken once or twice a week may be linked to heart health, according to new research.

A study published Monday in the journal Heart found that occasional napping was associated with a lower risk of heart attack, stroke and heart failure, compared to those who didn’t nap at all. 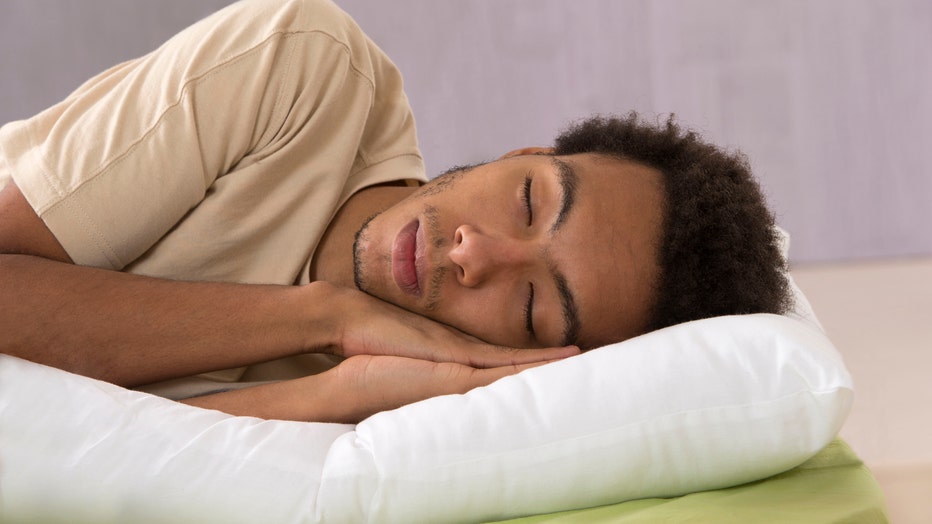 For the study, researchers tracked 3,462 Swiss adults between the ages of 35 and 75 for a little more than five years. (Photo Illustration by: Media for Medical/Universal Images Group via Getty Images)

Researchers from University Hospital of Lausanne in Switzerland looked at the association between the number of naps, average nap length and the risk of fatal and non-fatal cardiovascular issues. While some studies in the past have looked at associations between napping and heart health, the researchers said many published studies have failed to consider napping frequency or duration.

A similar number (11%) reported that they took six to seven during the previous week.

The study concluded that those who took a daytime snooze once or twice a week had a 48 percent lower risk of suffering a heart attack, stroke or heart failure when compared to people who didn’t take any naps.

No association was found for more frequent napping or nap duration, which ranged from a five-minute catnap to more than an hour in length. While the study did not say how long the ideal nap is, sleep experts say that just 20 minutes is enough to get benefits such as improved alertness, enhanced performance and a better mood.

The study was observational, meaning it cannot prove cause and effect.

Doctors Yue Leng and Kristine Yaffe of the University of California at San Francisco pointed out in a linked editorial to the study that research in this area is difficult because there isn’t a reliable system on how naps are defined and measured — including whether they’re planned or unplanned and taken occasionally when needed or habitually as a cultural practice.

“Are they taken to compensate for insufficient or poor night-time sleep, or do they indicate underlying ill health? Until we get to the answers to some of these questions, the implications of napping cannot be fully addressed,” they wrote.

Leng and Yaffe concluded: "The study of napping is a challenging but also a promising field with potentially significant public health implications. While there remain more questions than answers, it is time to start unveiling the power of naps for a supercharged heart."