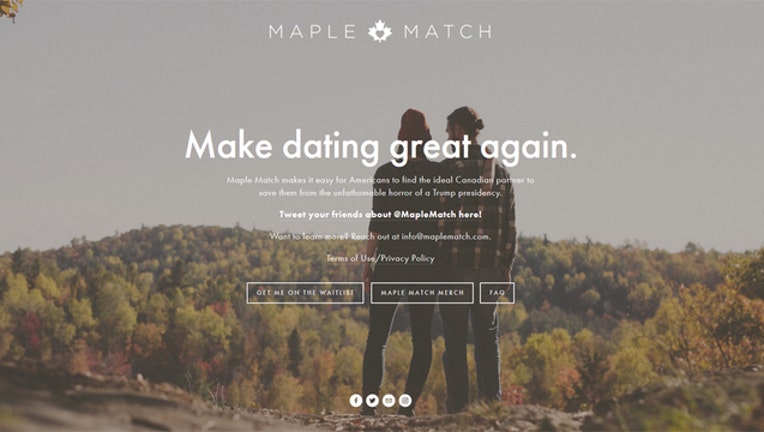 Look, the thought of Donald Trump becoming president scares some people, apparently enough that they (mostly) joke that they’ll move to Canada if he is elected.

Canadians are known as overly nice and hospitable people. So in the grand scheme of things, it’s not that weird that there’s a dating site that will help save Americans from the “unfathomable horror of a Trump presidency” by matching them with a Canadian partner.

MapleMatch.com says its service will help Americans find a Canadian date that would make their potential move to Canada easier.

Maple Match insists it’s “very real” and those who buy some Maple Match merchandise are guaranteed to be among the first people matched on the site. It is selling merchandise so it can get the money it needs to be fully operational.

What’s the merchandise? Take a look:

Maple Match says it will still operate even if Trump doesn’t win the election. It says it has had “tens of thousands” of users say they want to use it for actual dating and not only as a means to ease immigration to Canada and hopefully end up with a tolerable partner.