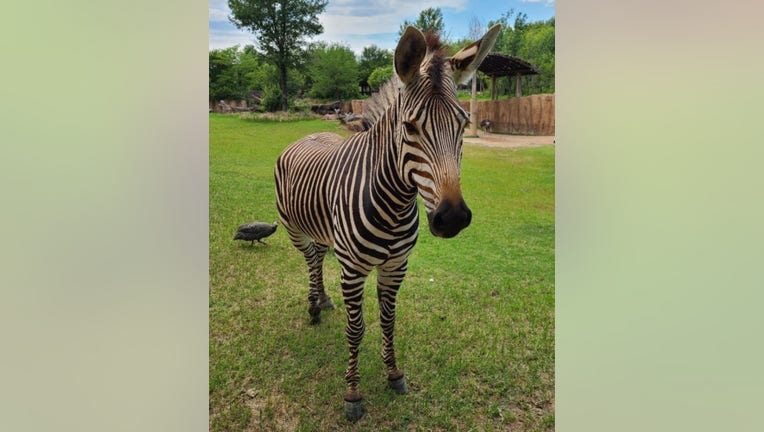 DALLAS - The Dallas Zoo is mourning the untimely death of one of its zebras.

The zoo said employees did not see what caused the head injury but believe another animal is likely to blame.

Veterinarians made the difficult decision to euthanize Keeya once they determined she would not recover from a fractured spine that paralyzed her lower body.

The zoo said Keeya will be deeply missed.

"Keeya was a protective and attentive mother to Malawa, who was the first Hartmann’s mountain zebra born here at the Dallas Zoo in January 2020. She was known by her zoologists to be a shy, but sweet zebra who also had a silly side — she was frequently spotted rolling around playfully in her habitat or chasing after boisterous Malawa," the Dallas Zoo said in a news release.

The zoo also asked patrols to keep Keeya’s grieving care team in their thoughts and prayers.