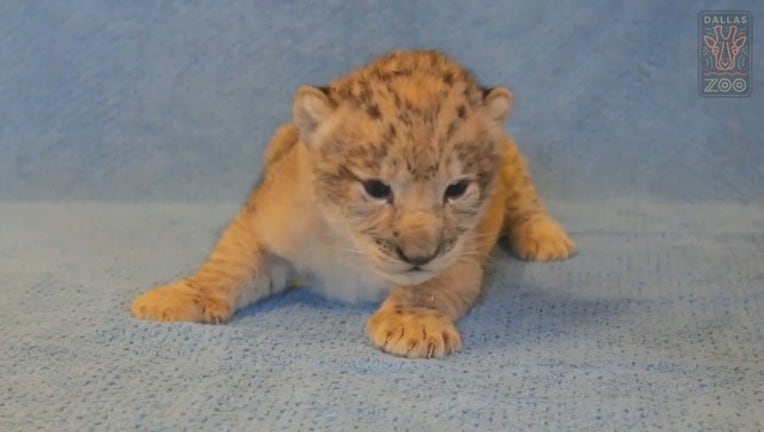 DALLAS - The movement and mannerisms for one of the world's most famous lions may have come from the Dallas Zoo.

The live action remake of Disney's ‘The Lion King’ released in U.S. theaters Thursday night, but during the early design stages two years ago, filmmakers were given videos of a young cub living in Dallas.

At the time, Bahati was just a month old.

The videos helped animators learn a young lion's typical movements so they could design Simba.

"Bahati is one of the most famous lions in the country,” carnivore supervisor Lora Baumhardt said. “We had our phones on us at all times. We were able to capture moments of her nursing, the first time she ate meat, to walking and running and climbing, even drinking out of water bowls. and stumbling over logs and going through doorways.”

The team at the zoo documented the lions for about a week.

They say it is the first time they've helped develop a major motion picture.

You can visit Bahati and the other lions at the Dallas Zoo.