A 38-year-old Dallas woman who spent months in the hospital recovering from COVID-19 is now back home with family.

DALLAS - A 38-year-old Dallas woman who spent months in the hospital recovering from COVID-19 is now back home with family.

They celebrated that milestone Sunday with a socially-distanced parade and lots of love.

She taken to the hospital back in January, when she had trouble breathing, but she was finally released from the hospital Saturday night.

And Sunday was all about celebrating.

Asberry was welcomed home with a huge party in the front yard with friends and family, then a parade of cars drove by with loved ones waving. 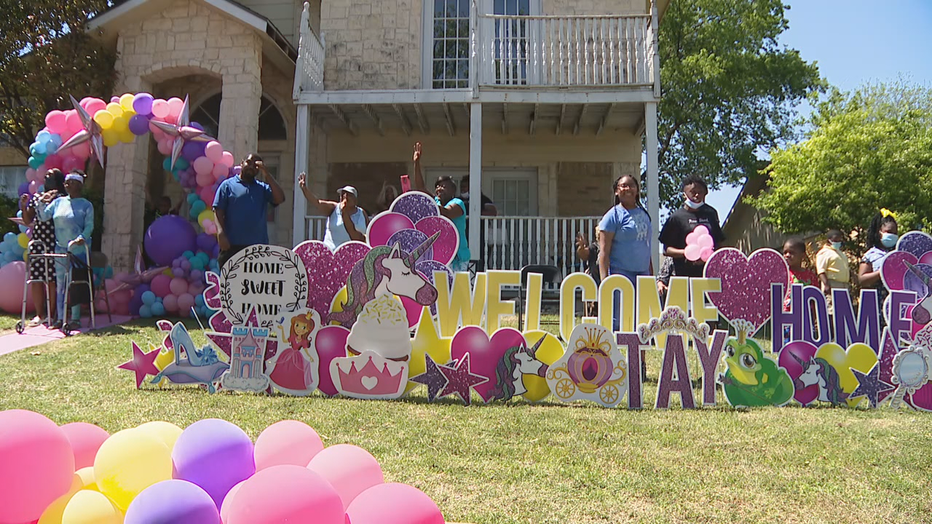 Asberry was intubated for months with tubes down her throat, but now she's home and walking.

Her brother and her mother were both unable to see her this whole time, but they were hoping and praying she would pull through.

"To not know, and by her being special needs, it was really hard because you felt like she didn’t deserve it, but nobody is exempt from the troubles of this world not even her. it just hit home," her brother, Ruben Asberry said.

"I am going to take care of her. I hate to see her go through that," her mother, Checkery Thacker, said. "I am just so happy she’s home."

Asberry’s family said they really want to share her story because they know so many other families are going through the same struggle.

Her mom said that one point, the doctor called and said there was nothing else they could really do.