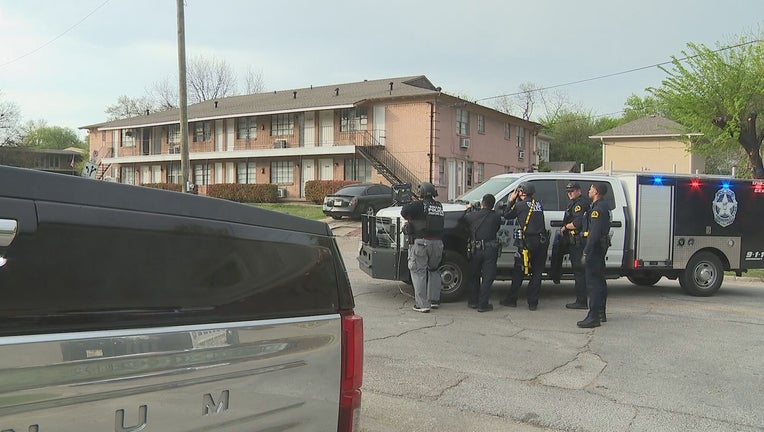 DALLAS - One man was shot, and another is on the run after an argument ended in gunfire Sunday afternoon in Old East Dallas.

The shooting happened around 5 p.m. at a gas station near Fitzhugh Boulevard and Gaston Avenue.

The victim was taken to the hospital with non-life-threatening injuries.

Witnesses told police they saw the gunman run into a nearby apartment.

SWAT officers surrounded it. But after a five-hour standoff, they determined the man was gone.

Police said they know who the suspect is. They did not release any details about his identity.

1 dead, 2 others injured in suspected drive-by shooting in Dallas