The results of a study that reduced Jefferson Boulevard in North Oak Cliff from six lanes to four lanes are back. It shows reducing lanes reduced the number of crashes.

DALLAS - The results of a study that reduced Jefferson Boulevard in North Oak Cliff from six lanes to four lanes are back. It shows reducing lanes reduced the number of crashes.

Now that the city's nearly four-month-long road diet along Jefferson Boulevard is over, one large neighborhood association is calling on the city to make the change permanent.

People who live around the thoroughfare say now the city needs to make the changes permanent. 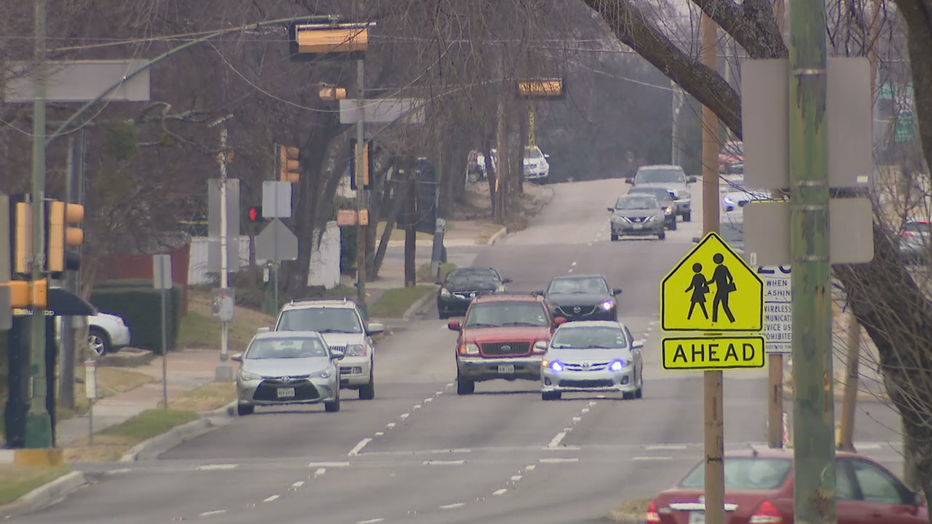 Ruiz says when the city shut down two lanes of the thoroughfare from mid-August thru mid-December, it made a noticeable difference.

"When they removed unnecessary lanes, things got normal. There was smooth traffic. No backlogs," he said. Fewer crazy speeders. Fewer racers," he said.

"When we started this process, I had almost as many calls saying absolutely do not do traffic calming there. As I did, please slow down traffic," he said.

But now after four months with fewer lanes, West says many people changed their minds.

"Now we have almost overwhelming support for reducing traffic," he said.

The study surprisingly showed that it did not reduce the volume of cars or their speed overall, but it did reduce crashes by 82%.

"That alone to me suggests we should move forward with traffic calming," West said.

Richard Ewers represents 600 homeowners in the areas as the president of the Winnetka Heights Neighborhood Association. He wrote a letter supporting a permanent lane reduction.

"That stretch has been a traffic nightmare," he said. "Everyone is really on board with fewer lanes creating a safer Jefferson and creating safe zones for all the schools."

West says if the other two homeowners associations also support the lane reductions, the city will move forward with using paint to close off the lanes.

More costly measures like extending the curb and sidewalks will then require a longer process and vote by the full city council.