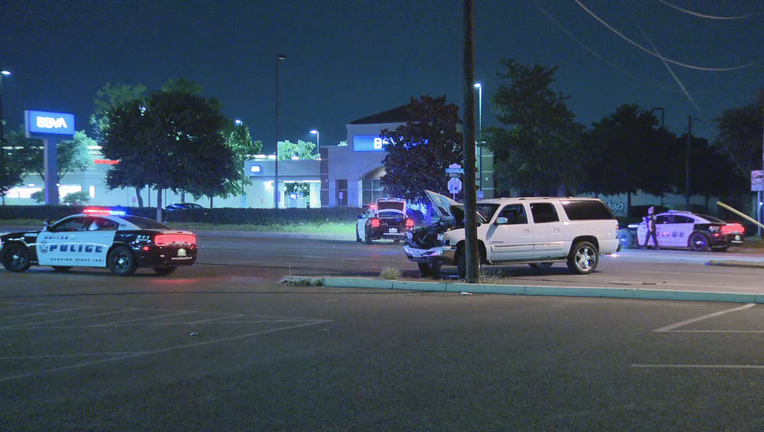 DALLAS - Police are looking for the driver of an SUV who struck and killed a man who was crossing a street in Dallas early Sunday morning.

The crash happened just before 1:30 a.m., when police said the driver of a white Yukon struck the victim along East Illinois Avenue on Oak Cliff.

Police said the driver of the SUV got out of the vehicle and ran away.

Investigators are now working to find the driver, whose name has not yet been released.