Road rage crimes are getting more attention from Dallas police after three shootings in the past three days. The shooters remain at large.

DALLAS - Road rage crimes are getting more attention from Dallas police after three shootings in the past three days. The shooters remain at large.

One victim was a pregnant woman who was critically injured. Another victim was shot in the hand.

The new Dallas police chief just implemented his violent crime reduction plan about a month ago. Chief Eddie Garcia says officers will be out looking for aggressive drivers.

A trio of road rage incidents over a 72-hour period all ended in gunfire. The violent streak started on Friday night.

Police say a pregnant woman was shot in the head after another driver cut off her boyfriend on Great Trinity Forest Way in Southeast Dallas. The woman was rushed to a hospital with critical injuries. Police say her baby was delivered and is doing well. 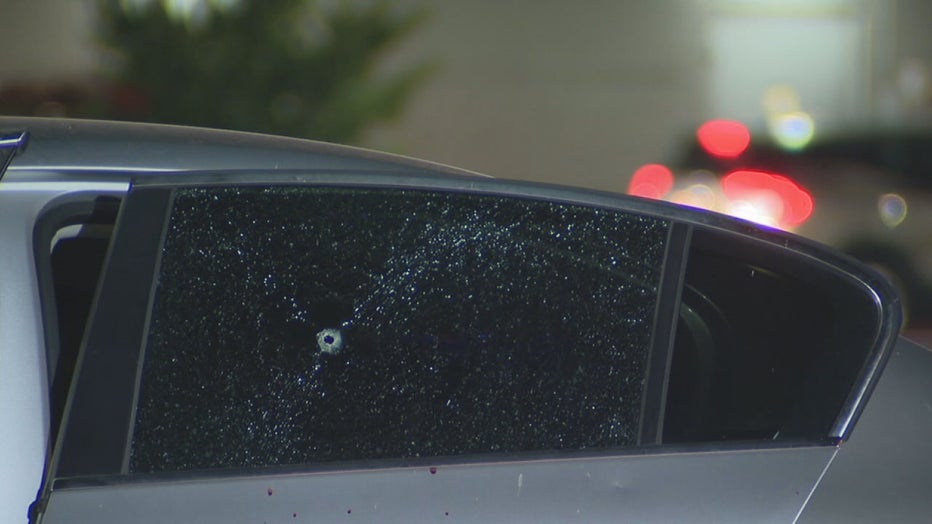 Then around 10 p.m. Sunday, police say a driver opened fire along Spur 408 at Keist Boulevard in  Dallas. Two vehicles were struck.

One driver went to a power plant along Mountain Creek Parkway to call for help. The vehicle was hit by about 10 rounds, and a passenger suffered a gunshot wound to the hand.

The second vehicle stopped at a gas station three miles away with damage but no reported injuries.

Police believe the same shooter is responsible for both incidents.

"When we have the coverage, we can reduce violent crime," the chief said.

"When someone wants to do something and they see an officer in the area or fear an officer might be in the area, maybe they take a second and take a deep breath," he said.

The department also plans to runs PSAs to warn about the dangers of road rage.

"Remain calm and turn the other cheek when things happen on the road," the chief said. "Don't try and go back and follow the other vehicle or do these kinds of things."

Chief Garcia says he's concerned about more Texans being allowed to open carry come September. The new Texas law allows an eligible gun owner to carry a gun without a permit or any training.

Anyone with information related to the three road rage incidents is asked to call Dallas police.