Dallas police looking into cold case of missing teen from 2015

Dallas police and Clear Channel came together to try and help find Maria Elizalde, a young girl who went missing when she was 15.

DALLAS - There are 37,000-plus children missing in Texas and one of them, who vanished without a trace nearly six years ago, is being featured on billboards across North Texas for the next 30 days.

Dallas police and Clear Channel came together to try and help find Maria Elizalde, a young girl who went missing when she was 15.

She disappeared from the front yard of her East Dallas home in the 4700 block of Philip Avenue.

"She was outside playing with her sisters... the night before Thanksgiving," Rodriguez said.

Pictures taken on November 25, 2015 by the family show Maria with her sisters before she disappeared.

"The only ones that came in were these two... the two younger ones and she never came in," she said.

"At the time there was nothing showing that she had been abducted or that her life was in danger," said Det. Ryan Dalby, Dallas Police Missing Persons. 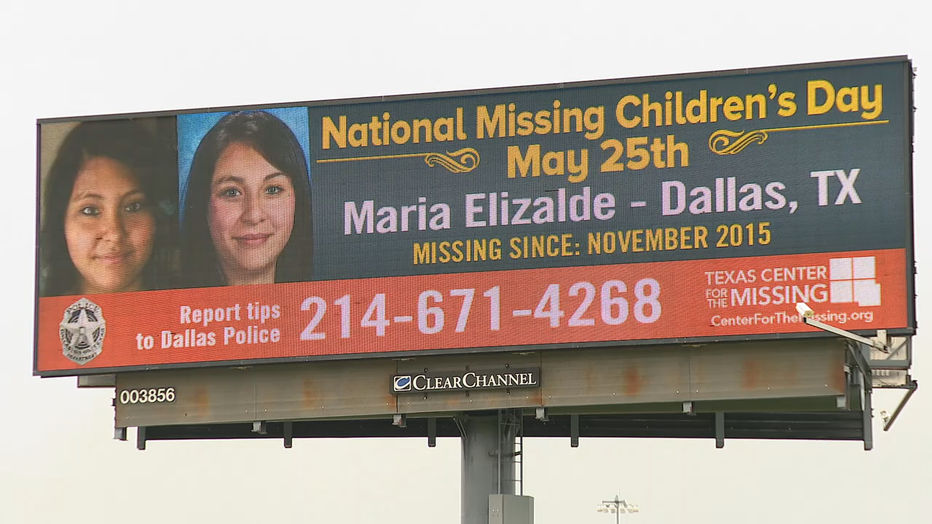 There was no Amber Alert triggered at the time. But Dalby has picked up the case, trying again with fresh eyes.

"Re-researching everything. Going through all the social media I can find, just trying to find a lead that can get us to closure for the family," he said.

"They'll garner hundreds of thousands of impressions and so we hope that somebody sees Maria’s pictures and brings her home to her family," said Teresa Moore, Clear Channel.

Though it’s been nearly six years, Dalby says it’s possible Maria is still in North Texas. The family says they are holding onto the hope that she is in the area somewhere.