The shooting happened at about 10 p.m., at an apartment near Jim Miller and Lake June roads, in the Pleasant Grove area.

A 5-year-old boy, identified as Travelle Johnson, is dead after an 8-year-old accidentally shot him while they were playing with a gun Friday night.

It happened inside their family’s apartment, and a parent was inside the apartment at the time of the shooting. 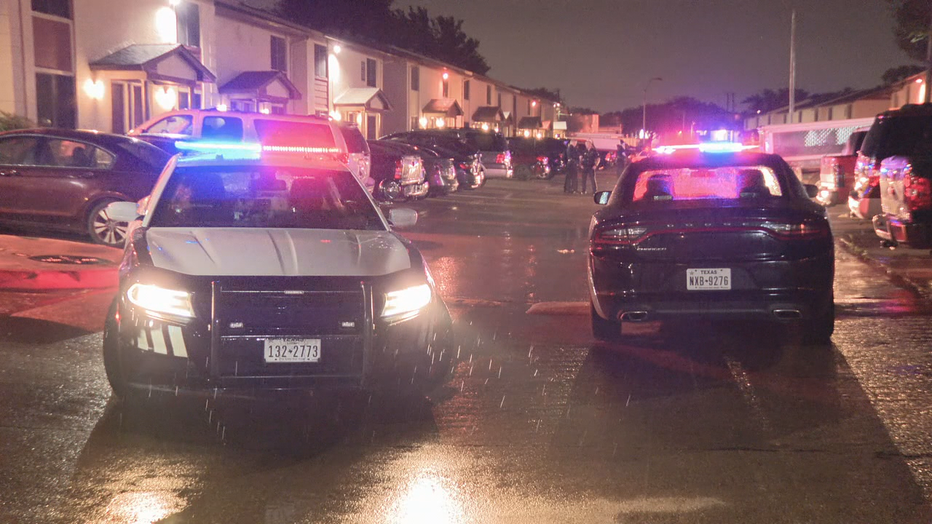 Hernandez said her boyfriend ran outside because he heard the boys’ mother screaming for an ambulance. He called 911.

The 5-year-old was taken to an area hospital, but Dallas police announced he died from his injuries.

The mother and 8-year-old were taken to police headquarters for questioning.

Used crime scene gloves are seen near the apartment, and neighbors said it’s a bitter reminder of gun safety.

Police have not said who’s gun it was, where it was located, or where inside the apartment the shooting happened. The relationship between the two children or where the mother was at the time has also not yet been released.

"Because we knew her. We knew the mom. She’s a nice lady," Hernandez added.

The case is being investigated as making a firearm accessible to a child, but no charges have been filed at this time.