Officer Joseph George has been with the department for four years. Investigators believe he was racing Sunday afternoon and was seen speeding down Mockingbird Lane just moments before the crash.

As of Monday night, George remained in critical condition at Baylor University Medical Center in Dallas.

Home surveillance video captured a white Suzuki and black Ford Mustang speeding down Mockingbird Lane. The driver of the Mustang was George. Police say George lost control of his car, hitting a tree in front of a home. 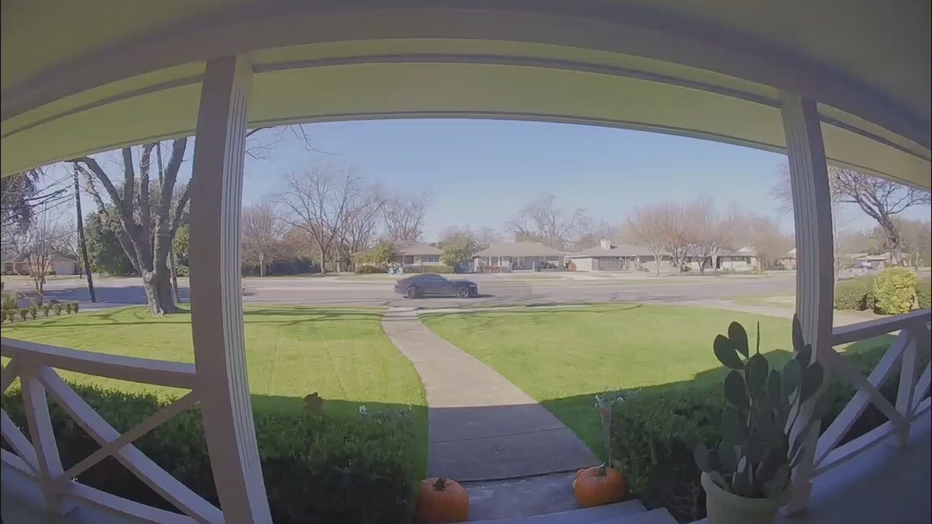 The owner of the home where the car crashed did not want to go on camera Monday, but he described a chaotic scene. He said the Mustang was on fire with the officer still inside when he went outside.

Dallas police have not said if George was driving to work when the crash happened. He’s assigned to the city’s northeast patrol. Chief Renee Hall on Sunday would only say speed was a factor in the wreck.

Police still want to talk to the driver of the white car in the video. As of Monday night, investigators have not located the two-door Suzuki or its driver.