DALLAS - Crime is down overall in the city of Dallas.

It’s 13% lower for the first three months of this year compared to last year.

Dallas Police Chief Eddie Garcia says it’s because of public support, improving police morale and a plan that is working.

The chief spoke at the Dallas Regional Chamber luncheon as part of a "state of public safety" discussion.

The chamber said this was the first time the Dallas business community, law enforcement and local legislators were brought together since the protests following George Floyd’s death in 2020. 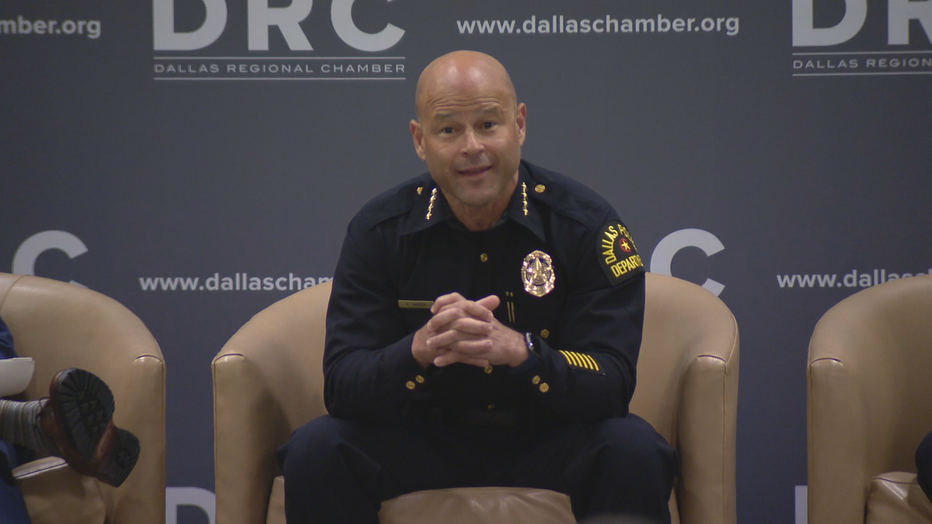 "I’m not a stay-in-the-office kind of chief, and I call this a precious gift," Garcia said. "But there's not a single community, not a single neighborhood in the city of Dallas that I have visited that has been impacted by violent crime that I have ever heard the words, ‘We want to see less of you.’ Not once have I heard that. Not once. And, unfortunately, it’s our communities of color that are impacted by violent crime that often plead with me for more presence. That’s important for us to see. To me, I call that a precious gift because that support does not exist everywhere."

State Senator Royce West (D-Dallas) told the gathering that in the next legislative session, lawmakers plan to take up restrictions on so-called "no-knock warrants" and re-entry programs for those coming out of prison or who have served out their time in county jail.