Two Dallas officers recovering after getting shot during call

Two Dallas police officers were shot while responding to a family violence call, which ended in an apparent murder-suicide.

DALLAS - Dallas police say two officers who were wounded in a shooting Thursday morning were ambushed.

A doorbell camera captured the moments just after the officers were shot in Old East Dallas.

The gunman called 911, and told dispatchers he killed his wife. When responding officers arrived, they were shot.

The gunman later killed himself. 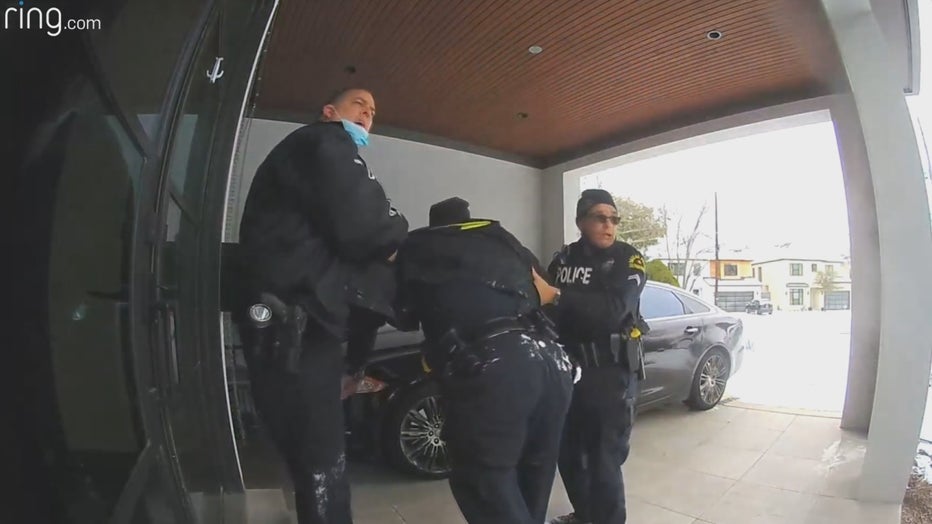 "We got another call from someone that had spoken to the suspect who said that he was gonna shoot it out with police when we arrived," said Dallas Police Chief Eddie Garcia.

The two wounded officers are recovering with non-life-threatening injuries.