VIDEO: Suspects lead police on wild chase through Dallas with a baby on board

A driver in a stolen Dodge Charger and the driver of an SUV led multiple law enforcement agencies on a dangerous high-speed chase.

DALLAS - A driver in a stolen Dodge Charger and the driver of an SUV led multiple law enforcement agencies on a dangerous high-speed chase.

SKY 4 first caught a glimpse of the child when the driver of the stolen Charger ditched it and got into a waiting SUV.

The driver of the SUV made dangerous maneuvers and crashed into a neighborhood fence before stopping at a YMCA with a daycare inside.

The man who started the chase was seen running with the baby into the building.

There are still a lot of questions about how this all started.

Officers from multiple agencies were in a high speed chase involving multiple vehicles and a baby on Thursday afternoon.

The Dallas County Sheriff’s Office said both suspects are still being processed but provided mugshots from prior arrests.

A man in a stolen vehicle took law enforcement on a chase through Rockwall and Dallas counties.

Rockwall police told FOX 4 that an officer tried to stop a blue Dodge Charger reported stolen out of Midlothian. 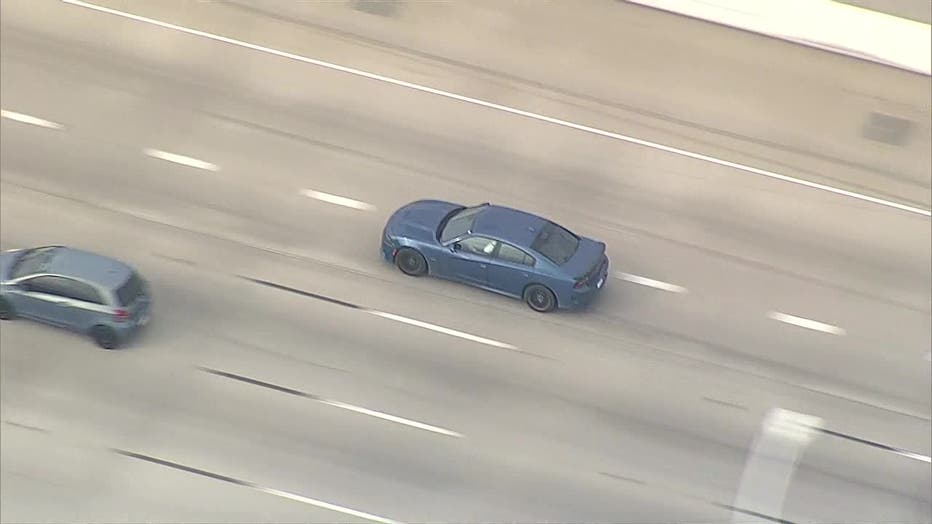 Police didn’t say when the car was stolen or even if the driver was the person who took it.

The driver has since been identified as Andy Guevara. He took off, and sheriff’s deputies later spotted it going into Dallas County.

What officers and deputies didn’t know was that there was a baby in the car.

SKY 4 caught up with the chase in the Oak Cliff neighborhood of Dallas. Andy evaded police driving at high rates of speed.

At one point, Andy got off the highway on to Hampton Road and pulled over. An SUV driving behind him stopped.

At one point it looked like the suspect handed a baby in a car seat to another driver before switching vehicles.

And that’s when you see Andy pulling the baby out of the back seat of the blue Charger, throwing the baby into the SUV, grabbing something else and then jumping inside.

The SUV driver has been identified as Marvin Guevara sped off just as police caught up.

After maneuvering away from officers, someone inside the SUV threw two items that appeared to be weapons out of the window. Moments later, a bag was thrown from the SUV.

Marvin then entered a neighborhood off Hampton Road, jumped the curb nearly hitting a car parked in front of a home, slammed into a fence and rolled to a stop in front of a building. 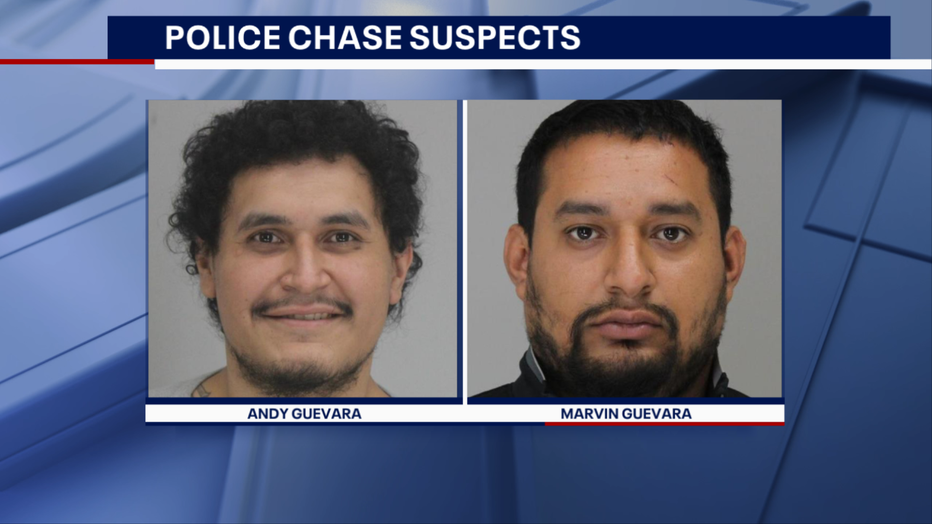 Andy hopped out with the child in tow and ran inside the Lake West Women's Health Center which holds a Pre-K.

Elizabeth Neumann is an employee at Lakewest Head Start. She said they just did a lockdown drill the day before.

"So when we heard lockdown on the intercom, we weren’t sure if it was another drill. But we heard cop cars outside and said, ‘This is real life,’" she said. "I barricaded the door, turned the lights off. We all went into the bathroom."

It wasn’t long until officers caught up, cuffed both men involved in the chase and brought the baby to safety.

It’s unclear why the baby was with them in the first place, whether it was related to either driver and why they eventually stopped at the YMCA.

FOX 4 cameras captured a gun recovered at the scene. It’s unclear whether that’s one of the items seen thrown from the SUV or if the suspects were still armed.

It's unclear how the two men are related.

Andy and Marvin are in the Dallas County jail, but it's unclear what charges they are facing.