DALLAS - Governor Greg Abbott is expected to sign that bill into law any day now despite the concerns from many police unions and big-city chiefs.

But the same police organizations are happy with the passage of several "back the blue" laws that would penalize cities that cut police funding.

As permitless carry is set to become law in Texas, the Dallas Police Association is raising concerns over possible ramifications.

"How are we supposed to know who is a good citizen and who is a bad citizen?" wondered DPA President Mike Mata. 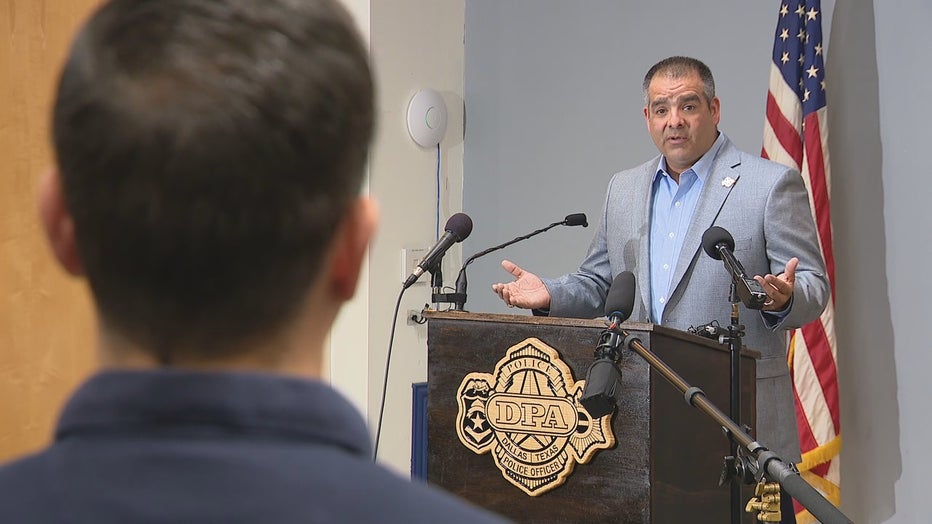 The passed version of the bill includes eight amendments. One allows police officers to ask a person who is openly carrying for an ID.

"If you're not a convicted felon and in your constitutional right to carry, then you go about your business," Mata said.

The DPA president is concerned about a further rise in violent crime due to more people being armed.

Dr. Timothy Bray is the director of institute for urban policy research at UT Dallas. He says it too soon to tell what, if any increase, permitless carry will have on violent crime.

While the DPA is leery of the new permitless carry law, they support other bills passed by the legislature

"They would use them in crowds where they would hide behind folks and use these things to throw them and shoot them," said DPS Legislative Director Frederick Frazier.

They also support the bills passed that penalize large cities and counties that cut police budgets.

Under House Bill 1900, if a municipality with a population over 250,000 reduces its law enforcement budget, the state would deduct money from its sales tax and ban the city from increasing property taxes or utility fees.

In another bill, counties with a population over one million would be required to hold elections before reducing or reallocating their law enforcement budgets.

Dallas has had 85 homicides so far this year compared to 77 last year.

"The challenge is we've got good ideas out there," Dr. Bray said, "We don't have a universal panacea that will absolutely do better than we've already got."

The governor and lieutenant governor are putting together a blue-ribbon panel to come up with a disciplinary policing matrix. That's something many police reform advocates have been pushing for.