Dallas police will be starting a new program this month to crack down on violent crime at the source.

DALLAS - Dallas police will be starting a new program this month to crack down on violent crime at the source.

The city is looking to work with youth advocate programs to create a violence interruption program and target youth at risk for crime and gang activity.

The program hopes to hire about a dozen people to work with youth in targeted neighborhoods and areas that Dallas PD has identified as being high-risk for crime and gang activity.

Dallas police say overall violent crime is down about 7.5% from this time last year. But the city continues to see a rise in homicides and aggravated assaults.

One of the tools police will use to help get those numbers down is the city’s new violence interruption program.

DPD is working with an organization called Youth Advocate Programs to target areas where young people might get involved in gang and criminal activity. 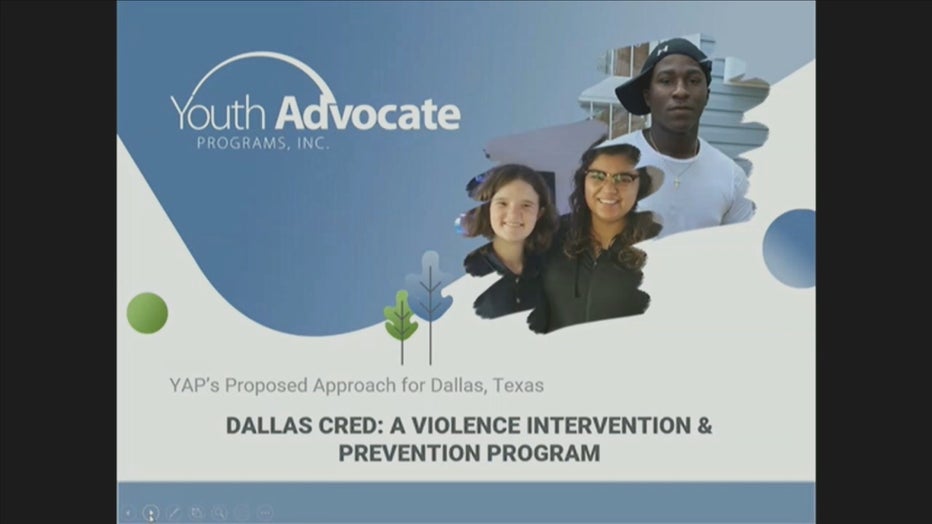 "So we ensure we’re in the right locations. We want to be where the police chief wants us to be," said Dallas Police Asst. Chief David Pughes. "Where they’ve identified those areas that are in sync with their violent crime reduction plan."

The plan is to hire a dozen people from these areas to connect at-risk youth with resources like mentoring, education and mental health support.

Program managers say employees will work nights and weekends when crime is most likely to occur.

The target age group is between 14 and 25 years old, and the program hopes to start working with about a hundred young people several hours a week.

"That’s what we’ve been doing, hiring people within that targeted area who know that neighborhood and can have trust with the young people, trust with the families," said Gary Ivory, with Youth Advocate Programs.

The program is in other cities like Chicago, Baltimore and Washington, D.C. Program managers say it has been successful in reducing youth recidivism rates by 11 to 13%.

"The key is really getting those trusted people," Ivory said. "That’s what we’re going to be looking for over the next few weeks, making sure we’re getting the right people."

The plan is to bring the violence interruption program to the full council for approval by the end of the month. The program has already started the hiring process.