The Dallas Police Department is facing criticism from city council members over the lack of progress with the department’s violent crime reduction plan.

DALLAS - The Dallas Police Department is facing criticism from city council members over the lack of progress with the department’s violent crime reduction plan.

The department says the city is seeing fewer robberies, but other violent crimes like assaults are up.

DPD command staff acknowledged there are some areas they are falling short but say many other major cities are facing some of the same issues. And there are some factors beyond their control that will take a community effort to fight.

Serious doubts were expressed by some city council members about the Dallas Police Department’s successes in reducing violent crime.

“Yes or no, is your violent crime plan working?” asked Councilmember Cara Mendelsohn.

“Ma’am, it’s not a yes or no answer,” explained Dallas Police Chief Renee Hall. “There are some portions of the crime plan that are working, and there are some that need some adjusting.” 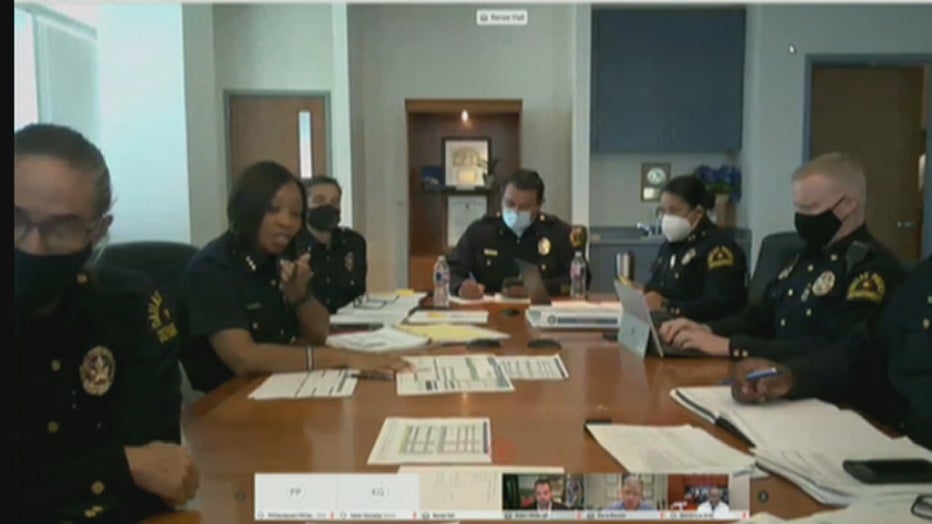 Although robberies are down in some areas so far this year, aggravated assaults in Dallas continue to climb. They are up almost 30 percent from last year, and the rate of crime being solved is lower than the national average.

Defending her staff, Chief Hall says many violent crimes they’re seeing are between people who know each other, and major cities across the country are seeing similar increases in violent crime.

“I do believe there’s areas of improvement,” she said. “We’re constantly reevaluating what trends we’re seeing, who we’re going after and what locations we can address to reduce some of this violent crime.”

“When you talk about mental health problems, folks who are unemployed, folks who are on drugs, folks who are alcoholics, you cannot blame Chief Renee Hall for the crime in this city, nor can you just blame it all on the police,” said Councilmember Carolyn King Arnold.

City leaders say there are different strategies in next year's budget plan to help Dallas police.

“When we discuss a mobile crisis response team, what we’re going to be proposing to the council is a very specific team of individuals that would be available to the police department. Folks who are trained in social work and in conflict resolution,” said Dallas Asst. City Manager Jon Fortune.

“We can’t just throw our hands up and say we can’t do anything about those,” said Councilmember Adam McGough. “We have to be digging into every layer of this.”

City leaders plan to dive deeper into solutions to violent crime as they discuss the city budget during a briefing Tuesday.

Dallas PD and the city council will also discuss changes made within DPD so far this year in light of protests in May and June.