Officers responded and when police arrived on the scene they say the dog started to charge towards the officer. Police say at least two shots were fired.

DALLAS - Dallas police are not saying much about a shooting involving an officer who killed a dog on Monday.

Police were responding to a 911 call about a potentially aggressive dog sometime after 4 p.m. on S. Denley Drive in South Dallas.

The officer who fired at the dog says it charged at him, but the dog’s owner told FOX 4 his dog is not dangerous. The home in question had a yard with a gate and the gate was opened, allowing his dog in the street unleashed.

Police say the 911 call was for a dog attempting to attack a 10-year-old girl.

The family of the child said she was coming home from school and said that the dog came up to her. Her family says she made it home unharmed and they called 911 on the dog.

Officers responded and when police arrived on the scene they say the dog started to charge towards the officer. Police say at least two shots were fired.

Video from SKY4 shows there may have been at least three shell casings.

The dog’s owner, who was outside at the time of this incident, says he thought he heard three shots. The dog was hit at least once.

Police initially said the dog was injured, but its owner said later Monday evening it had died.

It’s unclear whether charges will be filed. It is illegal for dogs to be out without a leash, but the child and the officer were not harmed. 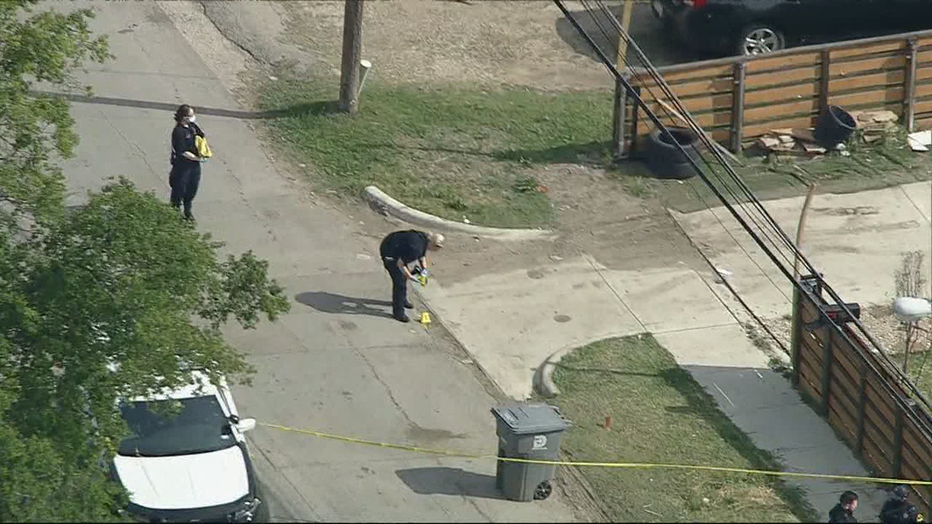