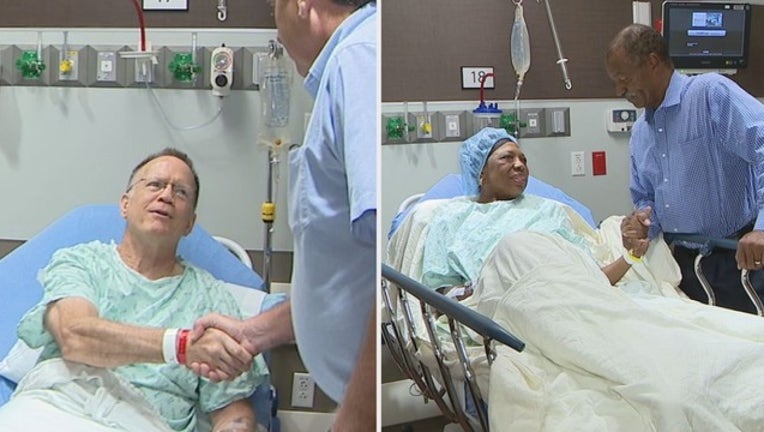 Former Chief Justice of the Fifth Court of Appeals Carolyn Wright has received a life-changing gift.

For six years, David Evans and Carolyn Wright rendered decisions together on the Fifth Court of Appeals in Dallas. However, no decision was more important than this one to them.

"When I got pneumonia, I got sepsis," Wright recalled. "Then after the sepsis, I had multiple organ failure. I was on life support, and then I was in a coma for two months."

Wright survived, but her kidneys did not. Family and friends wanted to give her a kidney, but none matched.

That's when David Evans, who now presides over the 95th civil district court, decided to give Justice Wright, who he has known for decades, one of his kidneys.

"I feel good donating my kidney to Carolyn," he said. "She's a very brave and courageous woman to be fighting for her life."

"He's very generous to be giving away a member of his own body to help a friend and somebody who is truly in need," Ross said.

"A lot of times, getting a living donor kidney these people even do better. These kidneys work faster and they last longer."

"I think it's a God thing," Wright said. "I think that it is the God that is working in him that met the God in me, and I'm just so very, very grateful for that gift."