Homeless shelters and service providers are preparing for one of the longest stretches of below-freezing temperatures in the city in years.

DALLAS - Dallas homeless service providers are working to prepare for one of the longest stretches of below-freezing temperatures in the city in years.

This time around, the pandemic combined with the cold creates new issues.

Melvin Hunder is one of several homeless people in Dallas who say they plan to tough out the brutal stretch of below-freezing temperatures.

"I got a couple of blankets. Before this, I was on the streets," Hunder said. "If I can endure on the street, surely I can in a tent."

A private property owner has allowed the homeless to create what has become known as Camp Rhonda.

The city has warned the owner he is violating zoning laws and is urging him to come into compliance by clearing out the camp. 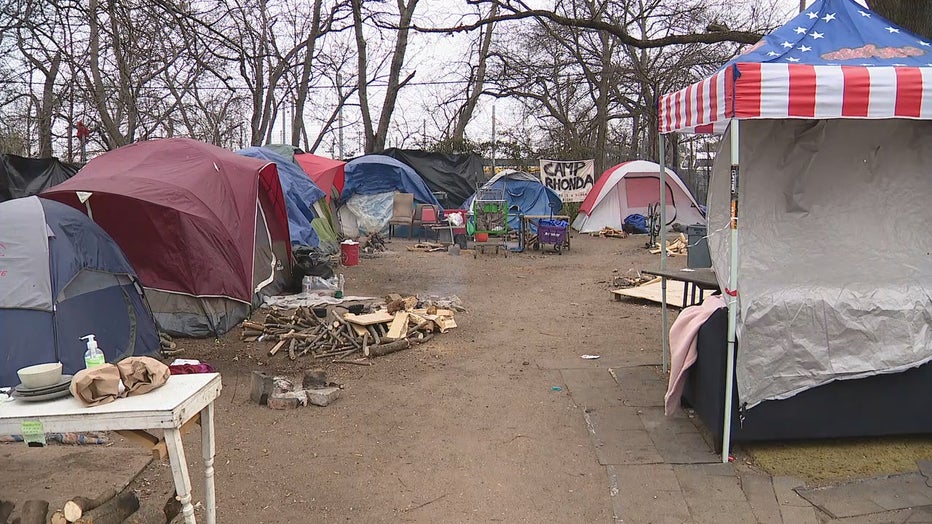 Willie Hodge, known as the unofficial mayor of the camp, says some people are staying to protect their only belongings.

"Things they’re hanging on to," he said. "They don’t want to jeopardize their property."

Our Calling is working to let the homeless know they can help. Pastor Wayne Walker says some people will inevitably die if they stay out in the cold.

"Someone not homeless thinks the solution is to provide camping equipment. This week shows why that is a bad idea," Walker said.

Our Calling is giving the homeless rapid COVID-19 tests and then placing hundreds of homeless in area shelters or hotels the city now owns.

Our Calling is prepared to open their own doors if space runs out, even though the city has banned them from doing so.

"We trust the Lord to protect us against fines and people to pay for hotel rooms," Walker said.

Kevin Oden, the city's interim director of the office of homeless solutions, says he calculates there will be enough space to shelter everyone who wants it.

"I feel confident with our ability to serve need that presents itself," he said. "We’re doing a proactive outreach."

People like Brenda Butler are thankful they are receiving a warm place to stay.