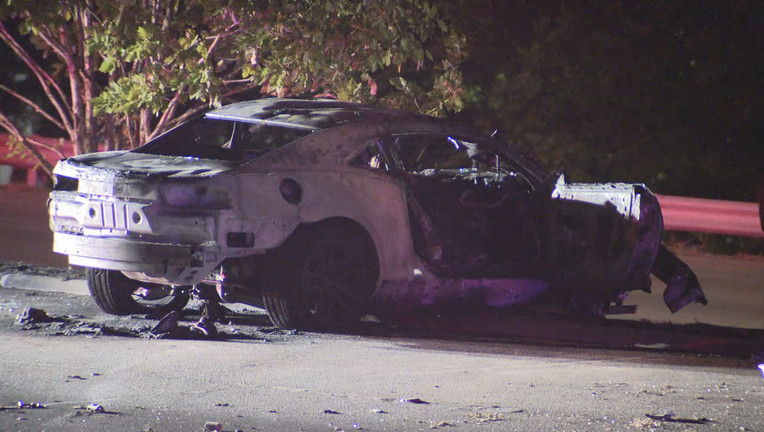 DALLAS - One person died in a fiery car crash Friday night in Dallas.

Police said the driver of a blue 2010 Chevy Camaro lost control, crossed over the left curb, and went into the grass median.

It then hit a tree and light pole, before bursting into flames.

The driver, whose name has not yet been released, died at the scene.