DALLAS - People 50 and over began getting vaccinated Monday. So far at Dallas Fair Park, adding more eligible people to the mix has been a fairly smooth process.

59-year-old Audria Holman got her vaccine.

"It took off from work. Thought it was going to be that," she said. "But it was just boom, boom, boom, and it’s done."

Those in line on Monday benefited from improved traffic flow. Others added to the growing online list of anxious, hopeful recipients.

The goal is to keep ramping up. Organizers say they are also expecting more Johnson & Johnson vaccine, but it will take quite a bit more vaccine, in general, to hit site capacity. 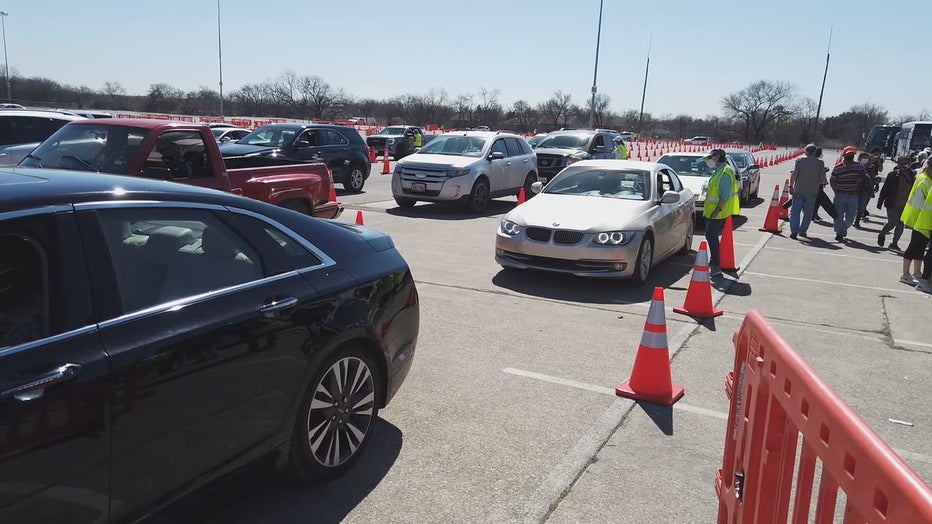 This week, the state received 800,000 doses, which is down from previous weeks. But Dallas County’s allotment increased.

Dallas County says the biggest issue is people coming for their second shot before they're due. It's asking people not to do that because it contributes to traffic and may take away from someone who is scheduled that day.