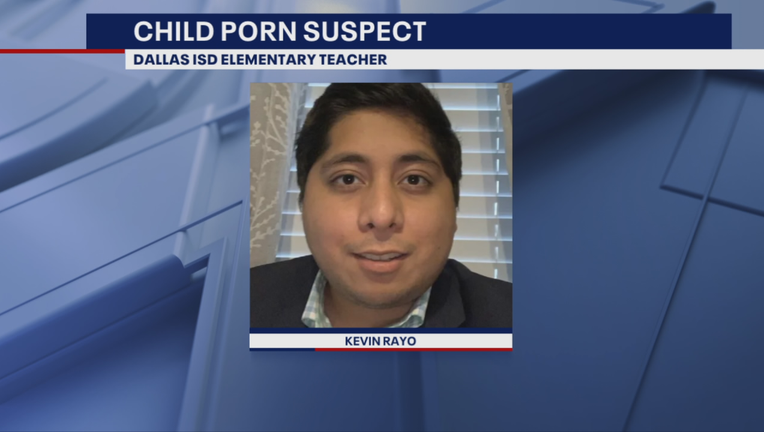 DALLAS - A North Texas first-grade teacher is behind bars after police said they found sexually explicit images of very young children on his computer.

Kevin Rayo, 26, was arrested Monday at his home in Dallas and charged with the possession of child pornography.

According to an arrest warrant affidavit, investigators found multiple images depicting children as young as 3 years old engaging in sexual intercourse with an adult male on Rayo's computer.

He told the investigators he got links to the images from his cousin who lives outside of the United States, the affidavit states.

Rayo taught 6 and 7-year-olds at Lakewood Elementary in northeast Dallas.

Police said because of his position and role in the community, they wanted to make sure the arrest was publicized.

Parents are encouraged to talk to their children and contact the Dallas Police Department if they believe their child may have been a victim.

The Dallas Independent School District has not yet commented on the case.