The Dallas skyline was lit up Thursday in blue, white and pink to commemorate Transgender Day of Visibility. Trans demonstrators and their allies on Thursday marked the day to protest the ending of a program designed to help minors go through transition.

DALLAS - The Dallas skyline was lit up Thursday in blue, white and pink to commemorate Transgender Day of Visibility.

Trans demonstrators and their allies on Thursday marked the day to protest the ending of a program designed to help minors go through transition.

UT Southwestern and Children's Hospital effectively ended the program last year. There were even some doctors in the crowd. Organizers picked the location to demonstrate because they say it’s an example of recent attacks on transgender rights.

In Dallas’ Medical District, the sounds of ambulances and medical choppers were drowned out Thursday by a crowd made up of activists, allies and medical professionals. 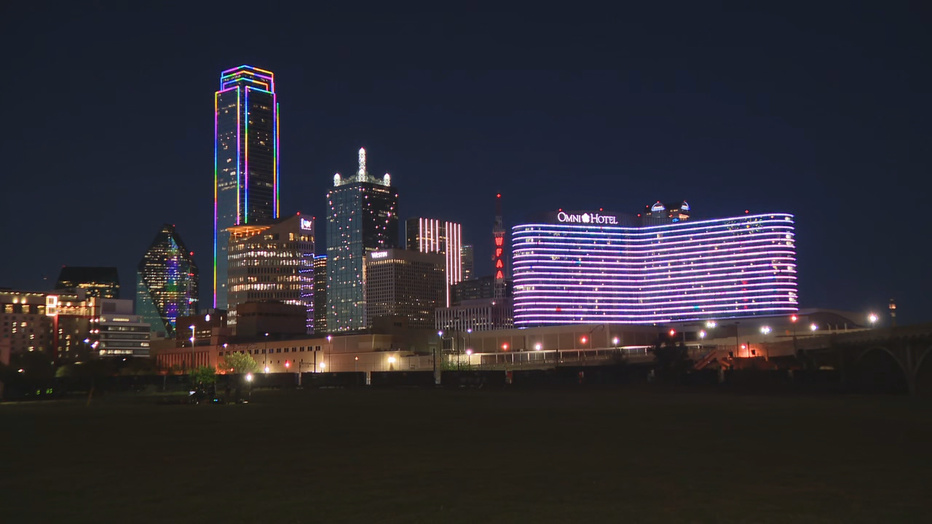 Brent and Chris Bolding lost their 17-year-old daughter Eleanor to suicide in May of last year. They say it was just a few months after she told them she was transgender.

"The sense that she just didn’t feel comfortable in the world because of everything going on just seems so incredibly wrong," Chris said. 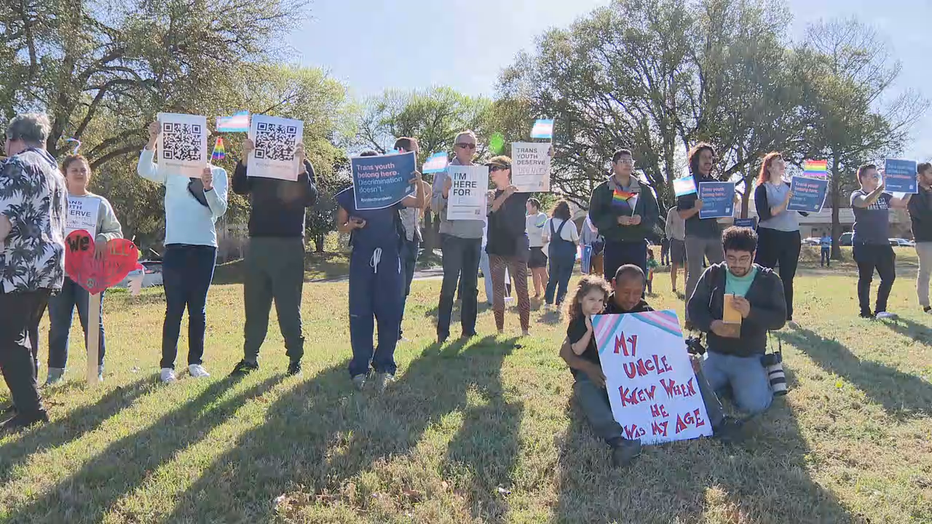 In recent months, Texas Republicans have stepped up scrutiny over gender-affirming care for transgender children.

Officials at UT Southwestern and Children’s Health have cited political and legal pressure as a reason for in November suspending hormone and puberty suppression therapy for new patients, claiming in a joint statement this week they believed "that a failure to act would put the entire program in jeopardy."

Dr. Ximena Lopez, a UT Southwestern doctor who helped create the program for pediatric transgender care., has taken legal action to find out who is behind scaling it back.

In a new filing Wednesday, she says since November, "over 100 patients seeking gender-affirming care at UT Southwestern Medical Center have been turned away."

Although the clashes still continue over transgender rights, those who support those rights are optimistic they’ll be visible.

If you or a loved one is feeling distressed, ‘The Trevor Project’ can connect people with counselors 24/7. The organization is focused on preventing LGBTQ youth suicide. LINK: https://www.thetrevorproject.org/get-help/