Dallas County leaders will regroup Friday to come up with a plan to vaccinate the most vulnerable and follow state guidelines.

DALLAS - Dallas County leaders will regroup Friday to come up with a plan to vaccinate the most vulnerable and follow state guidelines.

Dallas County's plan approved Tuesday but called off Wednesday would have targeted 11 zip codes. While the state says it agrees with vaccinating hard-hit areas, a hub provider must serve North Texas and can't exclude other residents.

Hundreds of thousands of Dallas County residents want a COVID-19 vaccine, but some leaders are concerned about who’s prioritized on the list. 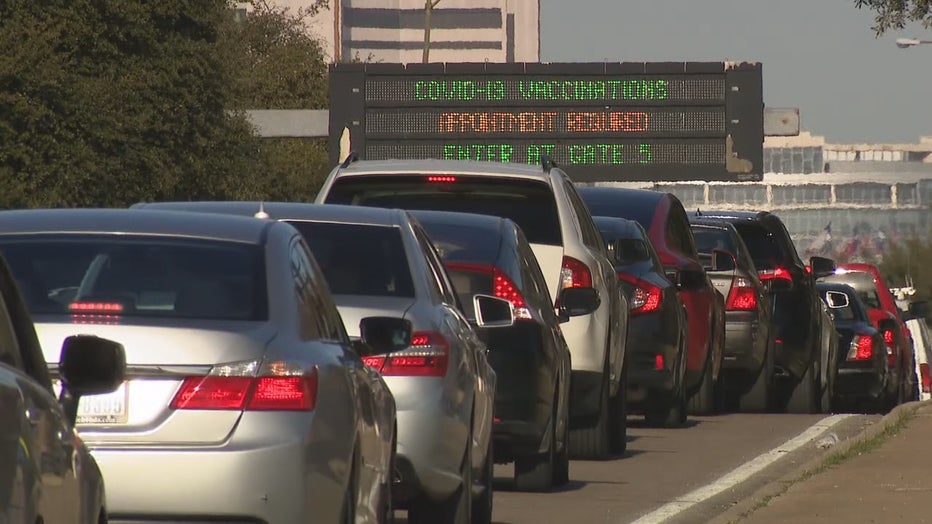 Dallas County commissioners will meet Friday to once again develop a plan to vaccinate vulnerable populations for COVID-19 after approving and then rescinding a plan in a span of two days.

The state warned the county its previous order to prioritize vaccinations across 11 vulnerable zip codes did not meet its specifications as a hub provider because it would exclude other residents.

Commissioners felt they couldn't risk the state’s warning of withholding vaccines. All but one commissioner voted to rescind it.

Commissioner John Wiley Price abstained from the vote.  He claims from what he’s observed that the county’s Fair Park vaccination site is not meeting the needs of certain groups.

County Judge Clay Jenkins sent a letter to the state Wednesday notifying them of the order. He was against it because he didn’t feel it benefited vulnerable people across all Dallas County zip codes.

"So I think we all share that same goal," Dr. Huang said.

But while the state threatened Dallas County’s vaccine supply because of that order, there's no indication the state sent any warning to Tarrant County for a somewhat similar strategy.

"You’re going to have some unhappy folks saying, ‘I registered first,’" Taneja said.

Tarrant County did not pass a formal order, but the health director is allowed to move forward with the ability to pivot.

"Things are going to change every week, every day. Do what you think is best today," Whitley said.

Vaccine supplies are limited everywhere. Dallas County only gets 9,000 doses a week.

"You know we have over 300,000 people who have signed up for our waiting list for the vaccine," Dr. Huang said.

FOX 4 reached out to Tarrant County’s Public Health Department but have not heard back.