Commissioners John Wiley Price and J.J. Koch say there is a huge backlog and that the county could lose $50 million in criminal justice grants from the state because some judges have not been doing their jobs. The county judges finally responded. "It's time to set the record straight."

DALLAS - Dallas County judges are pushing back against accusations that they have not been doing their jobs. They say what some Dallas County commissioners have been putting out is inaccurate information.

The judges posted a video response Tuesday morning to the charges of not working that's been brought against misdemeanor and felony court judges by Dallas County commissioners John Wiley Price and J.J. Koch.

The video response is narrated by Pastor Freddie Haynes. He's the voice of the judges because the state judicial commission has strict rules about what judges can and cannot say outside their courtroom.

Price says there is a huge backlog and that the county could lose $50 million in criminal justice grants from the state if there is not a 90% disposition rate for cases in a rolling five-year average by Aug. 1. 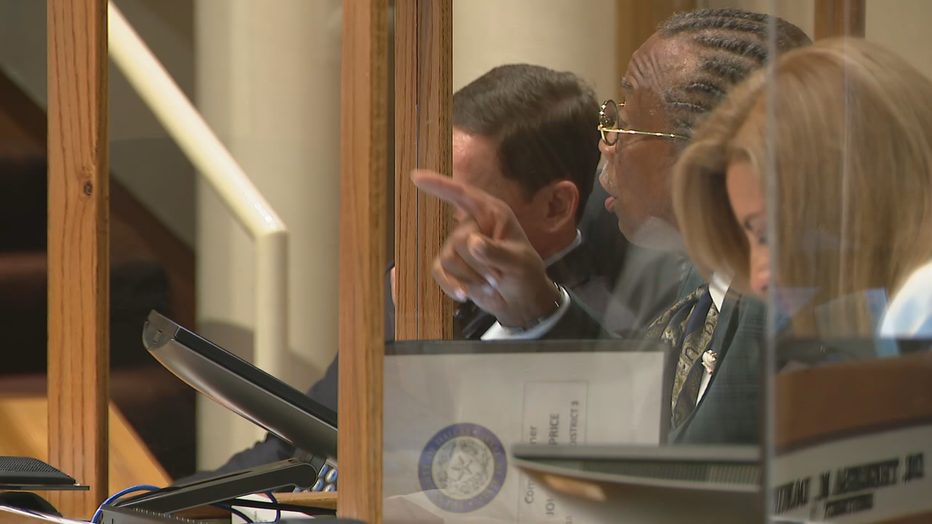 "Our Dallas County judges have worked tirelessly to bring about much-needed reform to the criminal justice system yet," Haynes said in the video. "Still, they have recently come under attack. It’s time to set the record straight."

Haynes points out the Texas Supreme Court suspended all jury trials on March 13, 2020. Dallas County was not approved to resume jury trials until April 26, 2021.

Since then, Haynes says the judges have conducted over 210 criminal jury trials. Through technology, he says Dallas County judges continued court and cleared cases through COVID.

"From the beginning of the pandemic until now, they have disposed over 69,895 cases. They never stopped working," he said.

As the video is circulating across social media, a release was sent out with the names of all district court judges disputing Price's assertion of an outrageous case backlog and that Price and Koch are wrong and out of line.

"To the extent, it has been alleged there are over 21,620 pending and active cases on the felony court dockets in Dallas County. That is simply not true," the release said. "The ‘criminal case backlog data’ being relied upon by commissioner’s court is inaccurate. We find it unconscionable that our commissioners would rely on this inaccurate data and place blame solely on the shoulders of the judiciary."

Commissioners Price and Koch, the judges’ main protagonists, complain some judges are not physically at work in the courts building. That's where they want them in chambers and on the bench

"At the end of the day, it’s still about the fact that you've got to be here in order to get it done," Price said.

"Having these judges down there, having their courts fully open for business and allowing these pleas to take place and the real pressure of a trial coming forward is going to be the way that most of this works out," Koch said.

Cases are being disposed of even if the commissioners don’t like how the judges are doing it.

Price said as of Tuesday the number of dispositions needed to reach 90% compliance with state requirements by Aug. 1 is down to 5,314. He said that we should make it at the present rate if "the judges keep working."