DALLAS - Dallas County held its first criminal trial in more than a year on Monday.

The case involved one of the best known legal names in Dallas and was able to take place thanks to the resumption of in-person jury selection.

The testimony looked a bit different in a world changed by COVID-19.

Clear masks were distributed by Judge Dominique Collins so faces could be seen by attorneys.

"If I give you guys visible masks do you feel comfortable wearing them? Is that okay?" Judge Collins asked some in the courtroom.

Jurors are now seated in the gallery and the jury box is being used by support personnel. 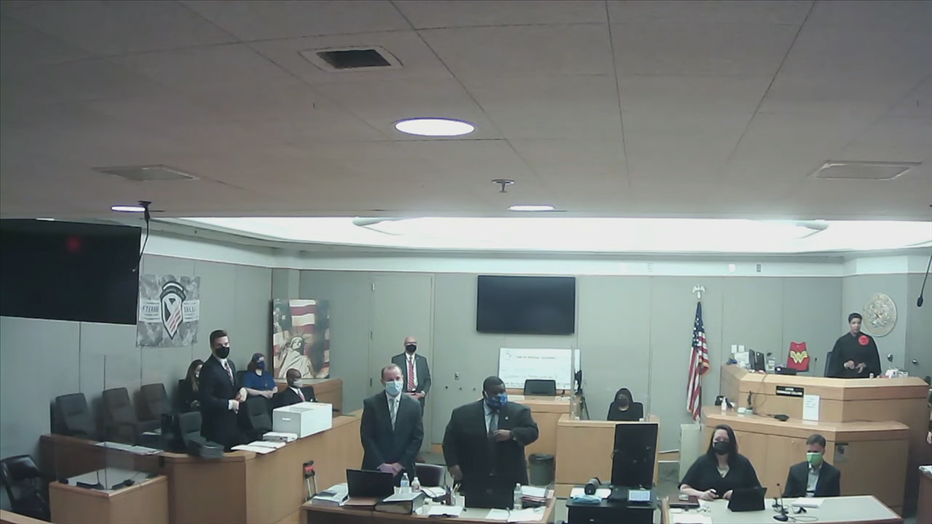 Defense attorney Messina Madson was the key witness in this case as she talked about what she felt was stalking and harassment from a man she did not know and did not welcome his advances. Madson, a former first assistant district attorney, was allegedly stalked through mail and emails by defendant Neil Paul Noble between October 16 and November 5, 2018.

The stalking culminated when Noble appeared at her home and Madson's husband answered the door. He testified he was "shocked" and wound up telling Noble that no one by that name lived at the house in an effort to protect his wife.

Noble has twice been found incompetent to stand trial in this case but now psychologists say he is competent.

The emails, many each day, rambled on and included talk about mass murders, terrorist acts, other attorneys -- even dead people. He also invited Madson to his house.

"He seems unstable and like he's engaged in a reality that I’m not a part of it but he thinks I am," Madson said.

Madson testified she never responded to his advances, but was increasingly concerned about the tone of his comments. At one point he said, "I would rather have sex with you than fight with you, but it’s up to you."

The jury a little more than 30 minutes before reaching a unanimous verdict: Neil Noble was guilty on the stalking charge. He will receive a sentence of to ten years in prison, but will actually be placed on probation for four years. If he violates probation, he can be sent to prison for the 10 year term.