The DA is looking for real solutions to the spike in violent crime that we've experienced in Dallas. He wants to invest in a program that he believes could make a real difference.

DALLAS - After a violent start to the summer, the Dallas Police Department brought in DPS troopers to curb crime.

The strategy resulted in crime reduction and hundreds of arrests. It had its critics, but police point to the numbers as proof it was working.

The DA is looking for real solutions to the spike in violent crime that we've experienced in Dallas. He wants to invest in a program that he believes could make a real difference.

Creuzot has already met with Dallas Police Chief Rene Hall, community activists and members of the church community to discuss a program called CeaseFire. It uses data to identify people who might be at risk of committing a violent crime and brings together law enforcement, social services and the community to intervene.

“It's proactive. It tries to stop a crime before it starts,” he explained. “The intervention may be mental health. It may be substance abuse. It may be social services. It may be getting them out of the environment and from their friends.”

CeaseFire was developed in Boston in 1996 and has been adopted by cities nationwide since. The major goal is to reduce gang violence, shootings and homicides.

Creuzot's idea comes after Dallas Mayor Eric Johnson created his own task force to look into non-police solutions to combat crime and after Dallas PD brought in state troopers this summer.

This month, police reported a 24 percent drop in crime in South Dallas since working with troopers in June. However, Creuzot is still critical of their tactics, pulling people over and patrolling South Dallas.

Creuzot cites the results that the City of Oakland, California, has had since implementing its own CeaseFire program in 2012. Shootings and homicides there fell by half in five years’ time. 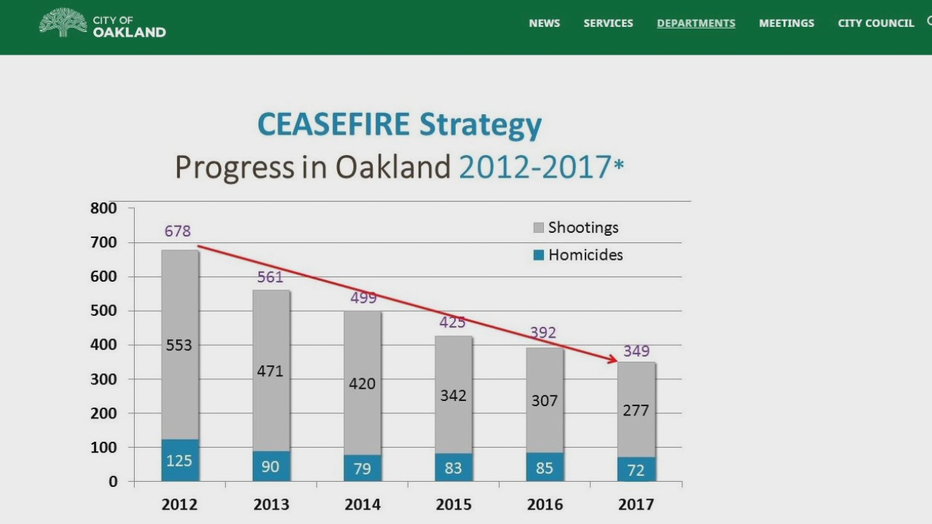 Judge Creuzot says Chief Hall is receptive to the idea. They've already had one meeting about this and have another coming up soon.