She's concerned not just about her district in South Central Oak Cliff, but also violent crime across the city. The councilmember says people are going to have to take a proactive role with police to change the narrative in some neighborhoods.

All of the city is not well, says District Four Dallas City Councilwoman King Arnold. She says it has nothing to do with the novel coronavirus.

“We tend to have more black-on-black incidents as it relates to African American males,” she explained. 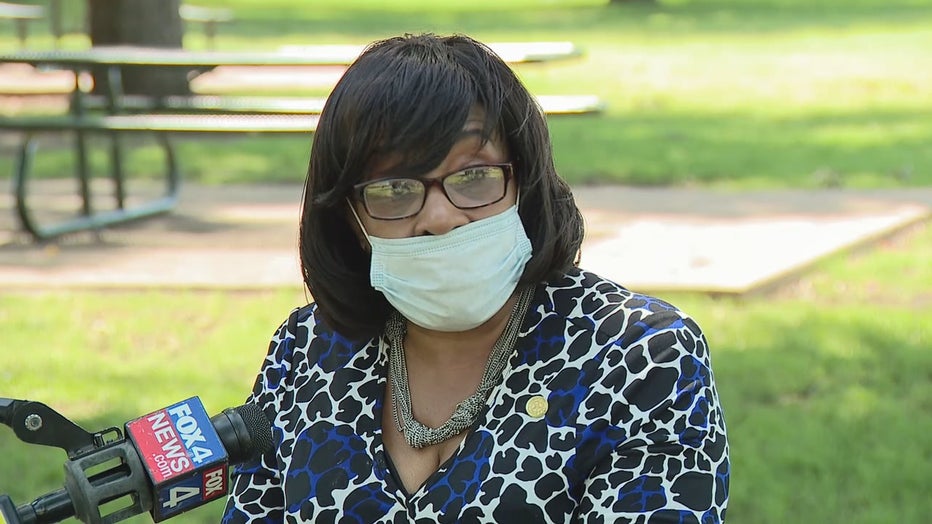 King Arnold says four homicides her district in a week’s time are going in the wrong direction.

Sheldon Smith is president of the National Black Police Association.

King Arnold says it’s not just homicides, pointing to recent break-ins at recreation centers. Two people broke in and stole from Kiest Park during the Fourth of July weekend.

“Four times in one week. That means thousands of dollars that we lost through the rehabbing of that building, but also it cuts from the budget and as we push for equity for services,” King Arnold said. “There are a number of underlying and contributing factor. But when you talk to the average constituent, most of the time they don’t want to hear all of the excuses. They just want some of the quality of life experiences other constituents have in the community.”

That's the purpose behind her 365 Safe Initiative.

“We must take back our community,” she said. “So we're asking folks to stop covering up for your neighbor's grandson and your nephews if they are engaged in criminal activity. It’s impacting your quality of life as well as others around you.”

King Arnold says the people have to help police for her district and the city's wellbeing.

“This is where we live most people don’t want to live anywhere else,” she said. “This is their home. They should feel safe 365 days of the year.”

Two of the murders in King Arnold's district were solved because people called police with what they saw or knew. She's begging for more of that community involvement. When crime goes down, she says new businesses will come up.