Dallas city leaders may ask voters once again if the city can take on more debt for street improvements.

DALLAS - Dallas city leaders may ask voters once again if the city can take on more debt for street improvements.

Voters approved more than half a billion dollars for street repairs just a few years ago. Those projects are still happening.

Now some on the council think the city should ask for an additional $300 million.

Gates has advocated for years for the city to put more money toward repairing its aging streets rather than putting Band-Aids on the problem.

She says now is the time to let voters decide so the city can at least start the prep work.

"You won't be able to ask for another vote potentially that won't cost us any more money for two more years," Gates said.

It's unclear if the city would have to raise the tax rate. The cost of the debt service would be 1.83 cents. That amounts to $46 dollars a year for a $275,000 home with a homestead exemption. 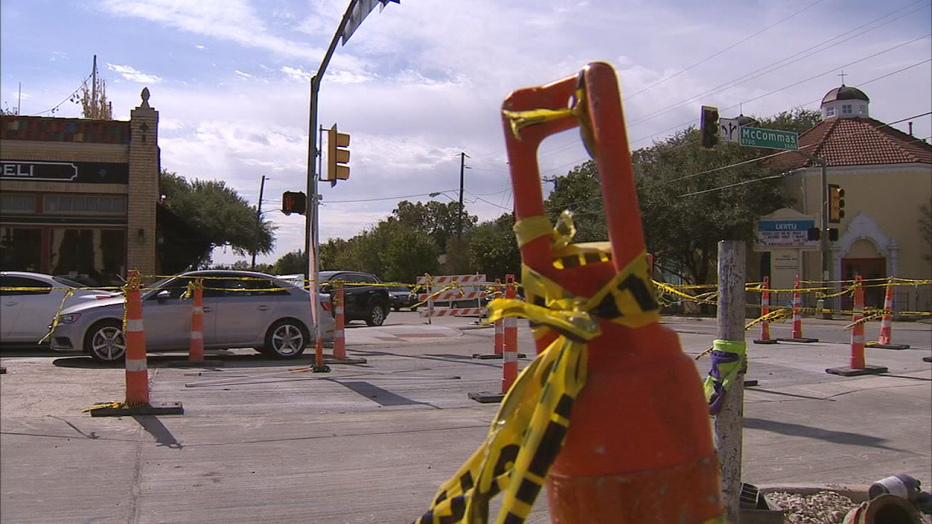 Other council members have no appetite for a potential increase.

"This city is so far in debt, we’re spending hundreds of millions dollars a year in debt service alone. We’re crushing our tax payers, we’re crushing our property owners with taxes. What we should be doing is looking for ways to reduce the amount of taxes," said councilman Lee Kleinman.

"Horrible timing for this to be the priority in taking out more debt," said councilman Adam Bazaldua.

Earlier in the day, Dallas Mayor Eric Johnson told FOX4 he agreed Dallas' streets have been neglected too long.

"It has caught up with us and we are competing with surrounding municipalities that have made the necessary investments in their infrastructure," Johnson said.

But the mayor said he would ultimately support the recommendation of city staff.

"The issue will be what is best way to address underfunding? Will it be through the issuance of debt or changing our budgetary priorities," Johnson said.

The city's chief financial officer recommended on Thursday that the council pass a long term plan before going to voters for a bond.

"At this point we can't wait 20 more years for streets to be fixed and new traffic signals," she said. "More than half of them are from 1980 or older, that is unacceptable."

The council committee members recommended against putting the bond vote before the entire city council next Wednesday. But the mayor does still have the option to place it on the agenda.